The Isle of Green Roads

Lanes just repair themselves. Don’t they?

A beginner’s guide to the TRF

The words 'Isle of Man' tend to be met with images of super hero TT racers tearing around pretty villages at death defying speeds. The realm of road racing gods that few mortals would be brave enough to try. But, to increasing numbers of trail riders, the words 'Isle of Man' also conjure images of pristine green lands criss crossed by some of the best green roads that the British Isles has to offer. Trail riding on tracks that are signposted as motorcycle or horse friendly, passing smiling farmers who are happy to stop and chat about everything that is great about green laning and the Isle of Man in general.

Isle of Man 'stop over' Julian Wood is The Isle of Man’s ACU Rights of Way Officer and is also a key member of the islands unique Green Lane User Group. Here he explains what makes the place so special and illustrates how every trail riding visitor has a responsibility to make sure greenway roads are a positive fixture now and long into the future. So, Julian, to anyone who hasn't been to the Isle of Man (IoM) yet, how would you sum it up?

I guess you could sum it up like this. In England, football is the national sport; here on the IoM our national sport is motorcycling. It's part of our culture, it's in the fabric of every-day life and that's not reserved for just the Isle of Man TT, the world’s greatest Road Race, although that's what the Island is most famous for! It also spans to include our rich off road heritage boasting several Manx World Champions in Enduro, Motocross and Trials.

It could be argued that one of the reasons we have so many top class riders is due to our love or motorcycling in general and the unique approach we take to The Island’s Greenway Roads.

There is a sense of community that exists on the IoM that is inclusive. For example, most of the people that I go Green Laning with enjoy every aspect of the outdoors and will also be or have association with Walkers, Mountain bikers, 4x4 enthusiasts and in a lot of cases family members will also own horses. In addition, being a small community it is very likely that a member of the group will know who owns the land the Greenway is crossing. This brings a level of ownership, responsibility and tolerance that is unique and inclusive to all user groups of the Island’s historic unsurfaced highways. Sense of community is a big deal here which quickly gets under your skin. You become a part of it and become just as passionate to protect it as the people that were born here. 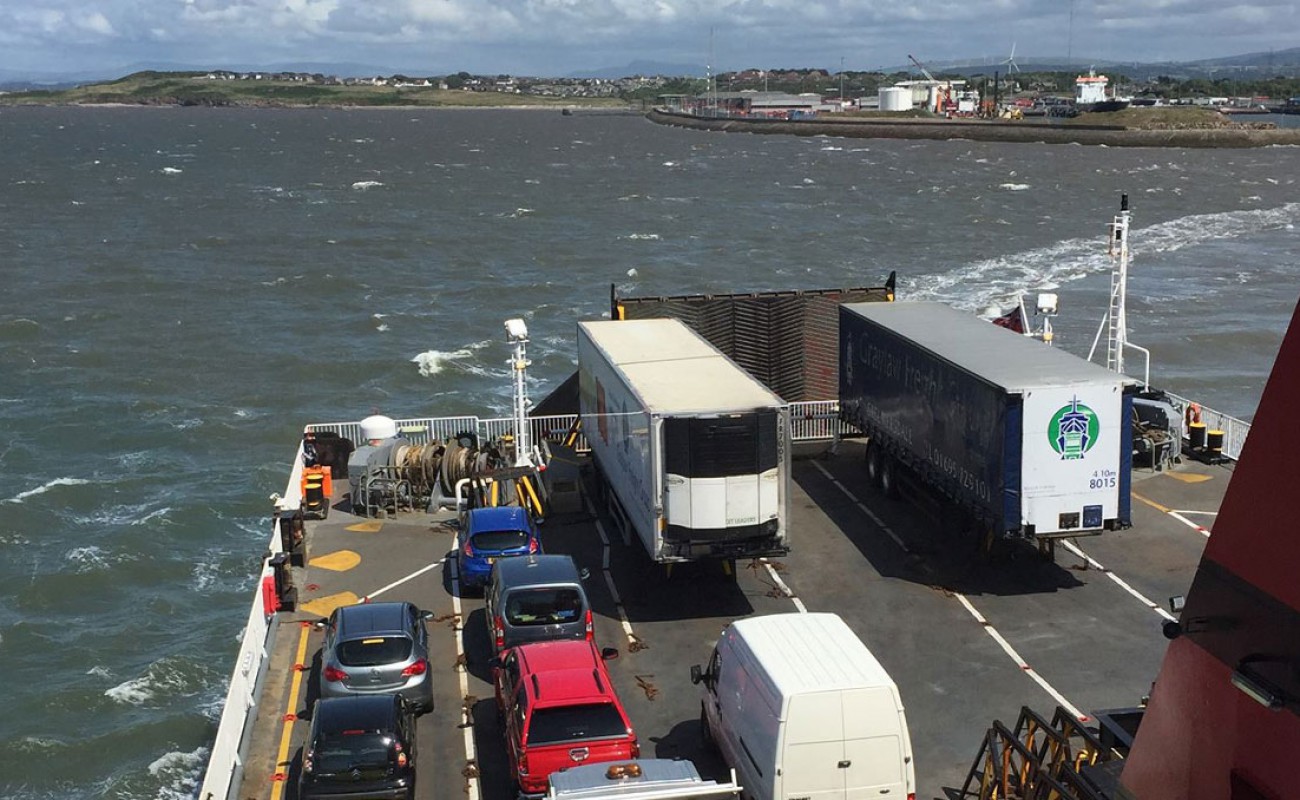 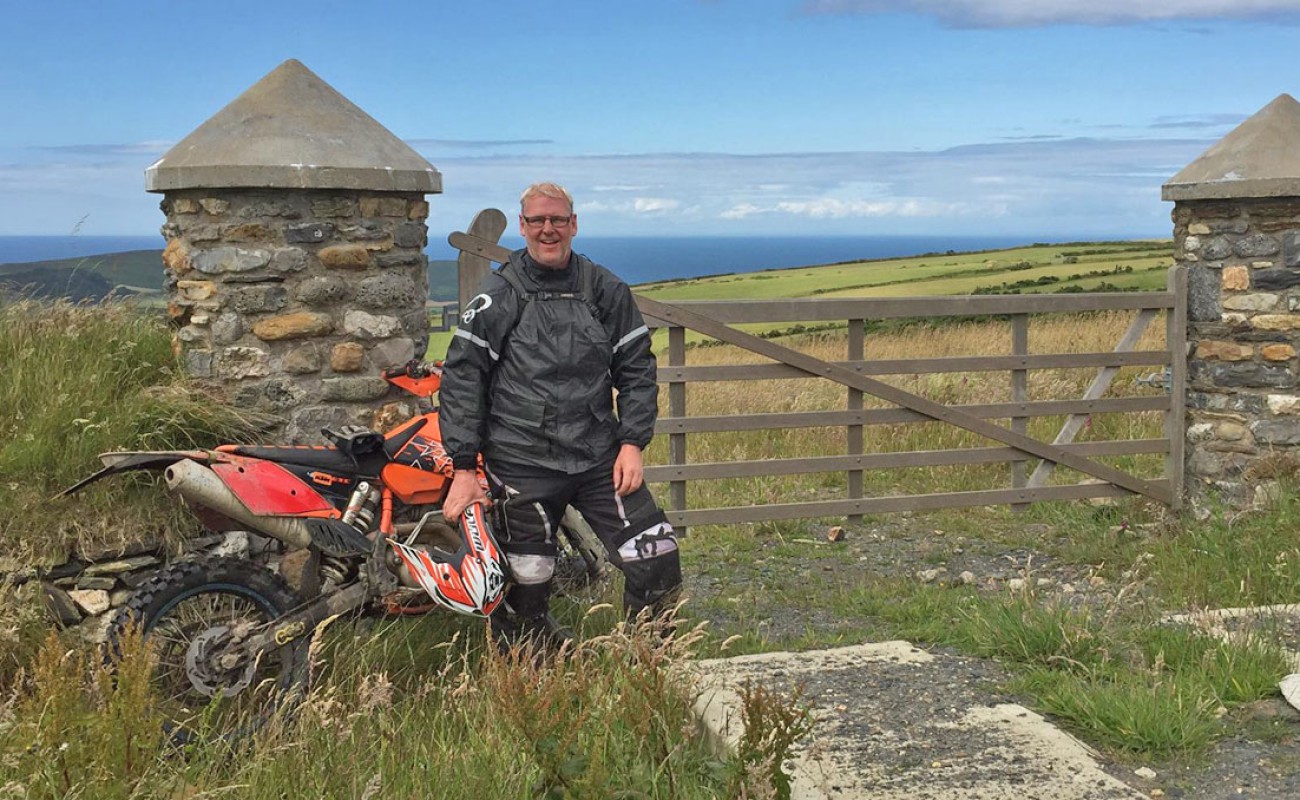 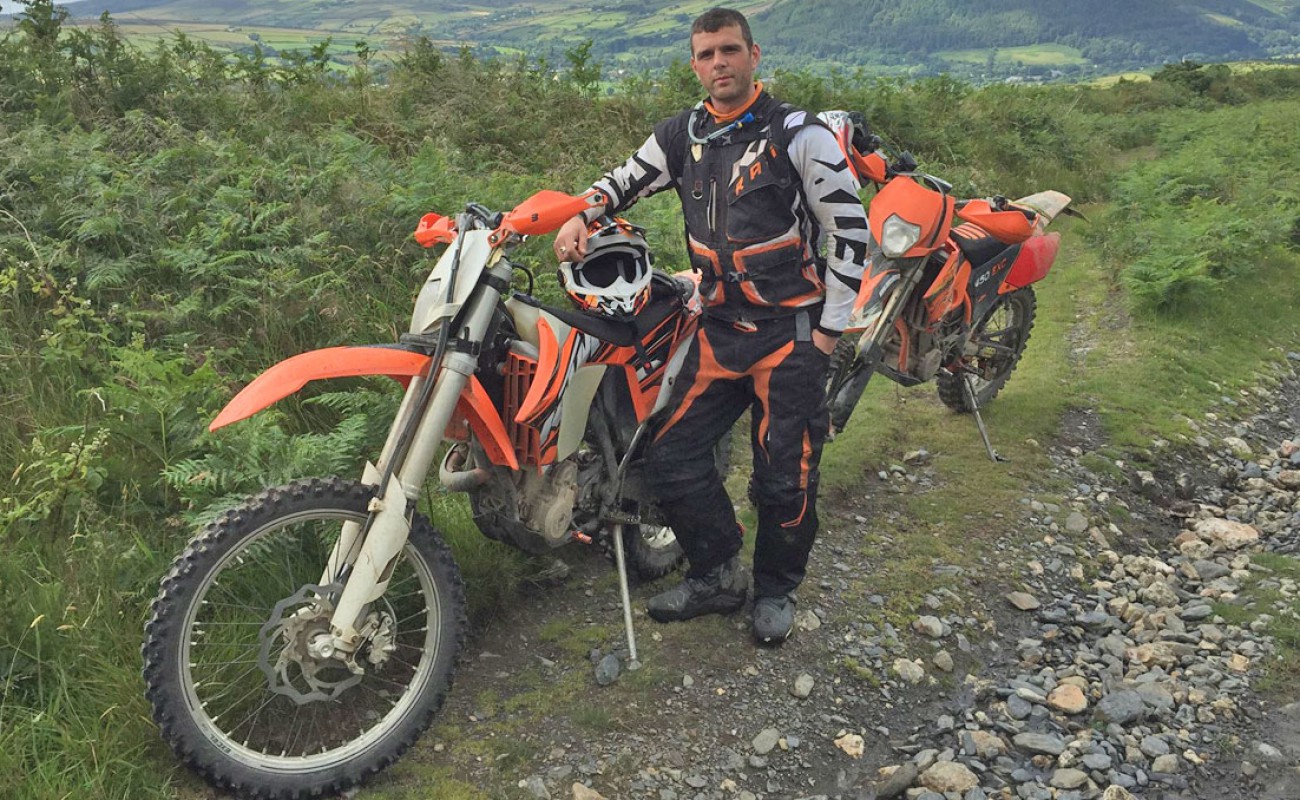 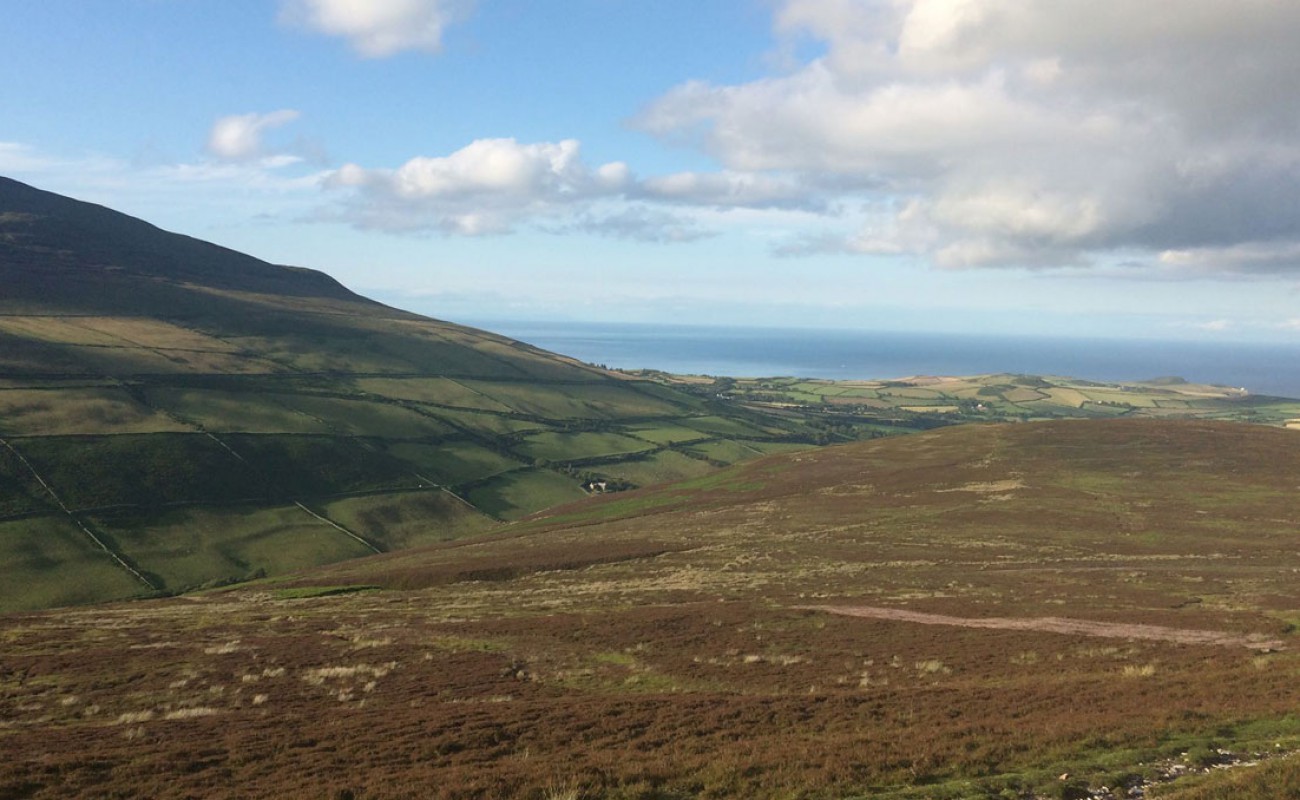 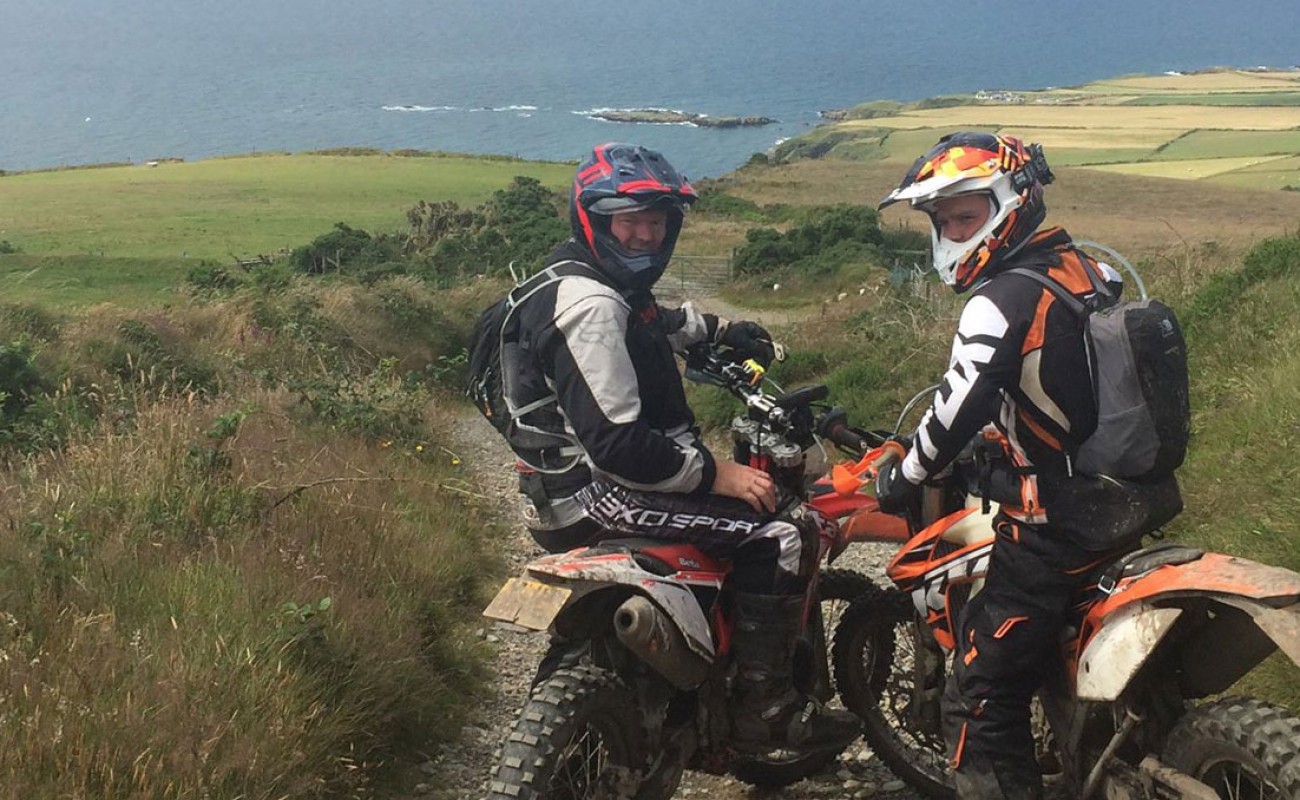 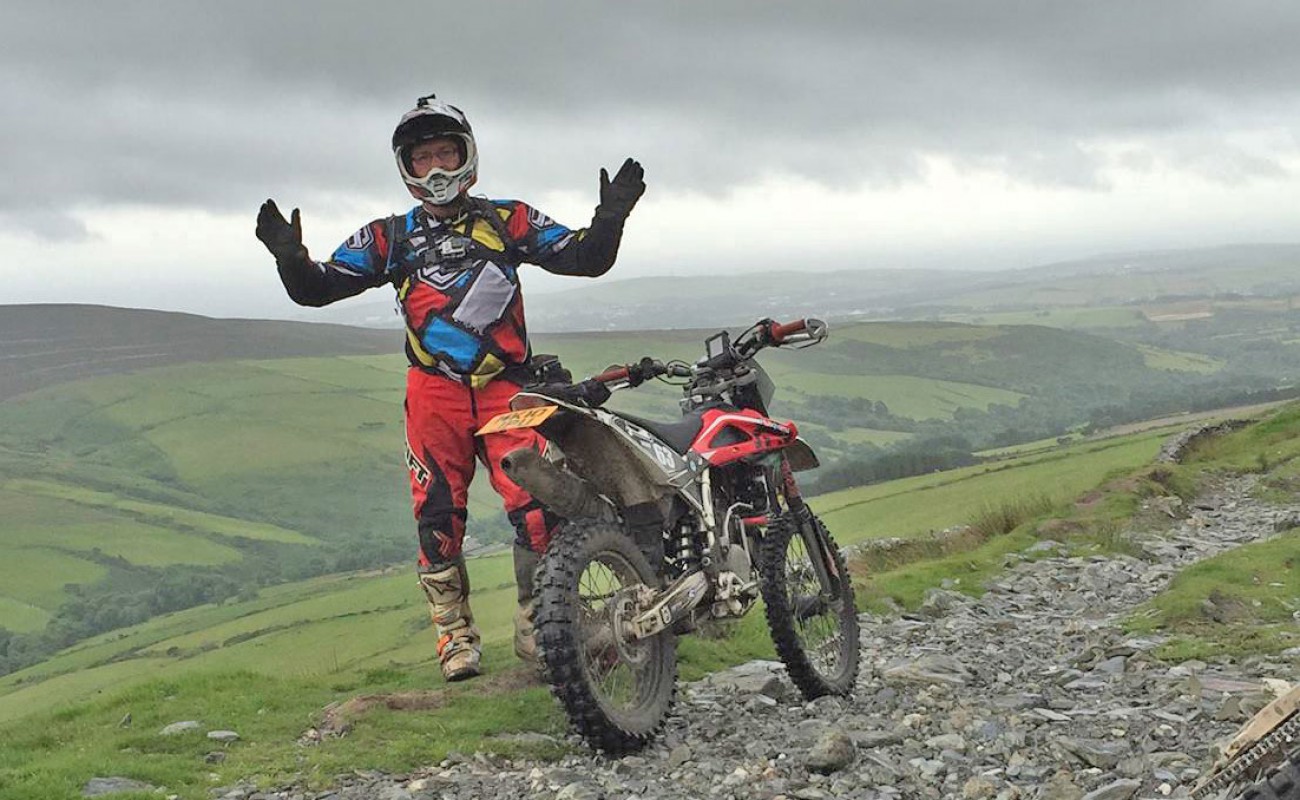 Why do you think that this situation has grown on the island when it's so different to any other part of the UK? Is it because of the financial implications of motorcycling tourism?

We genuinely welcome responsible riders coming to enjoy what The Island has to offer and we’ve seen the contribution Green Laning Tourism delivers to the Manx Economy steadily increase.

This in part could be down to the shift in the demographic of motorcycling in general. A lot of people that had road bikes in the past now typically own a green laning bike as well and bring both bikes when visiting The Isle of Man to enjoy the roads and green lanes alike. This is a trend we’ve certainly seen during The TT in June and Classic TT / Manx Grand Prix/Festival of Motorcycling in August, the green lane bike being used to reach fabulous vantage points from which to watch the racing that would otherwise be out of reach.

So, from how I hear you describe it, Green Laning is part of the fabric of the Island. Your authorities have got signage that makes it clear where you can and can't go. You have a reason for people to bring the bikes, the races that happen throughout the year. It all sounds perfect. So, what's the problem?

Before I get onto the problem let me go back and explain a little more about the Green Lane User Group. The GLUG was set up more than 15 years ago to work in partnership with government departments such as The Department for Infrastructure, the Department for Environment Forestries and Agriculture, The Department for Economic Development and The Isle of Man Constabulary. It exists to promote the responsible and sustainable use of the IoM Greenway network for ALL user groups. This is very different to some of the groups set up in The UK such as the TRF which is specifically set up to protect motorcycling interests.

The authorities on the IoM recognise that the greenway roads are not reserved for the use of one particular user group at the exclusion of others but totally inclusive to all user groups and an asset that if managed properly and responsibly used, can bring enjoyment and additional revenue from Motorcycling, Mountain Biking, Pony Trekking and Hiking.

So, who better to work in partnership with the government than representatives from those very same groups who use them the most and have the most to lose.

The diversity of the groups that are represented is it’s major strength. We have people from the walking groups on the IoM, the British Horse Society, the Manx 4x4 club, Manx Mountain Biking Clubs and of course the resident motorcycling community, including the ACU. GLUG assists in the monitoring and maintenance of the network itself, looking to identify any areas or tracks that are in need of repair, and also set up volunteer groups that carry out maintenance tasks such as clearing draining ditches and culverts and anything else that can be done with bodies rather than machines. GLUG also promotes a code of conduct which is really all about responsible use and enjoyment of this valuable asset. 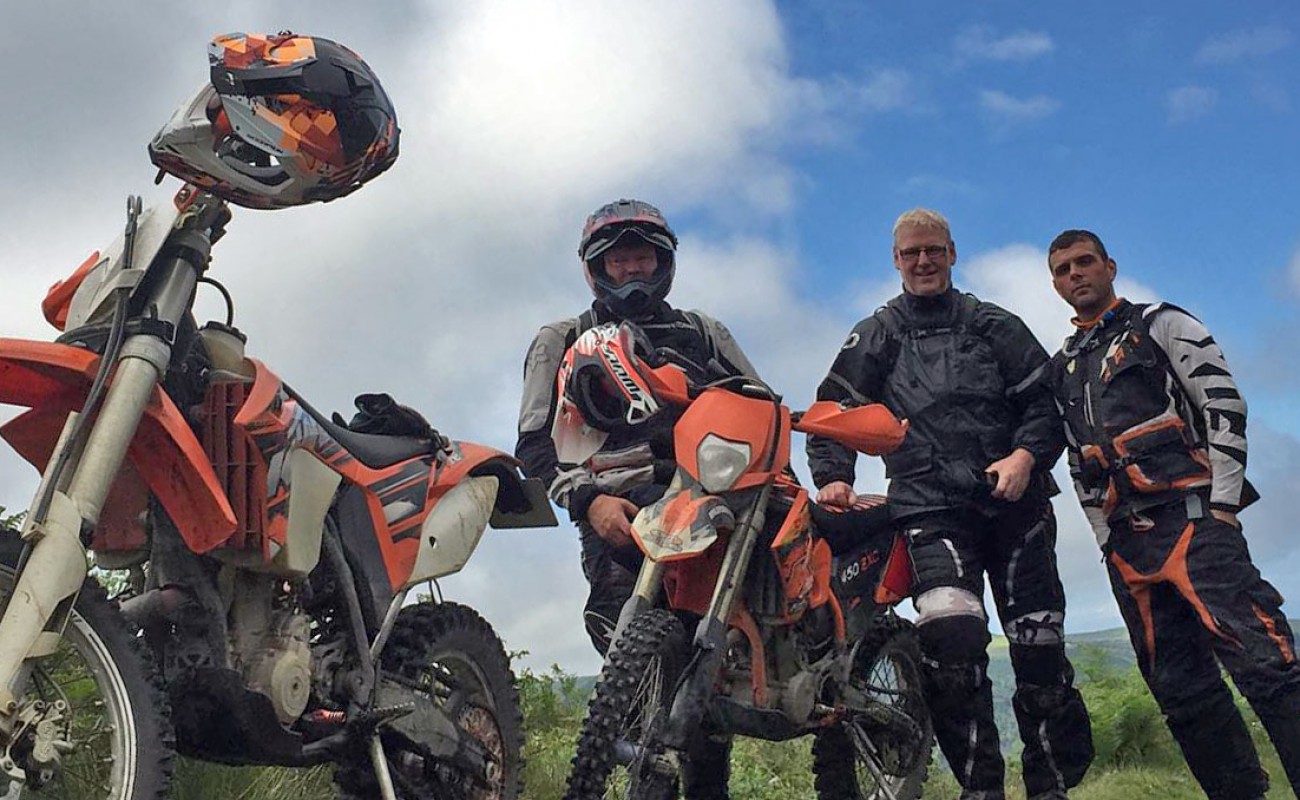 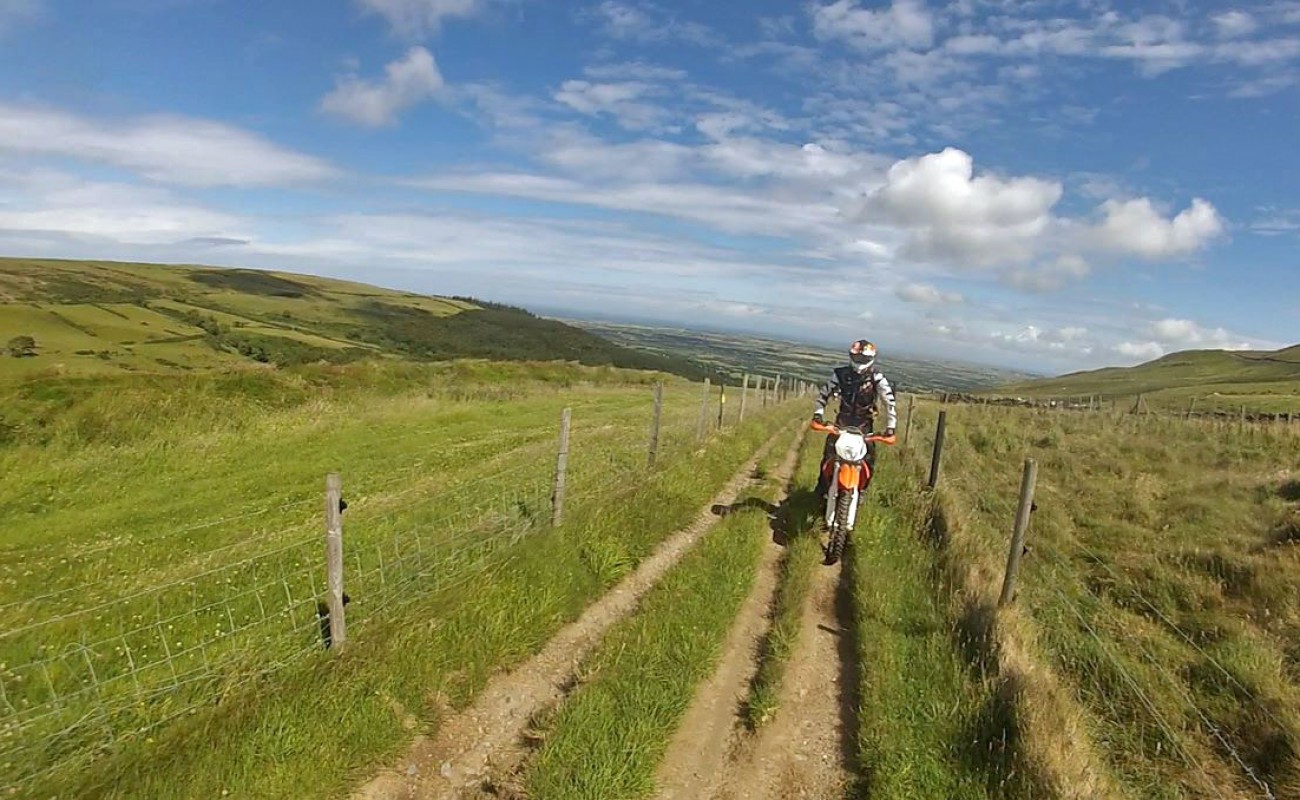 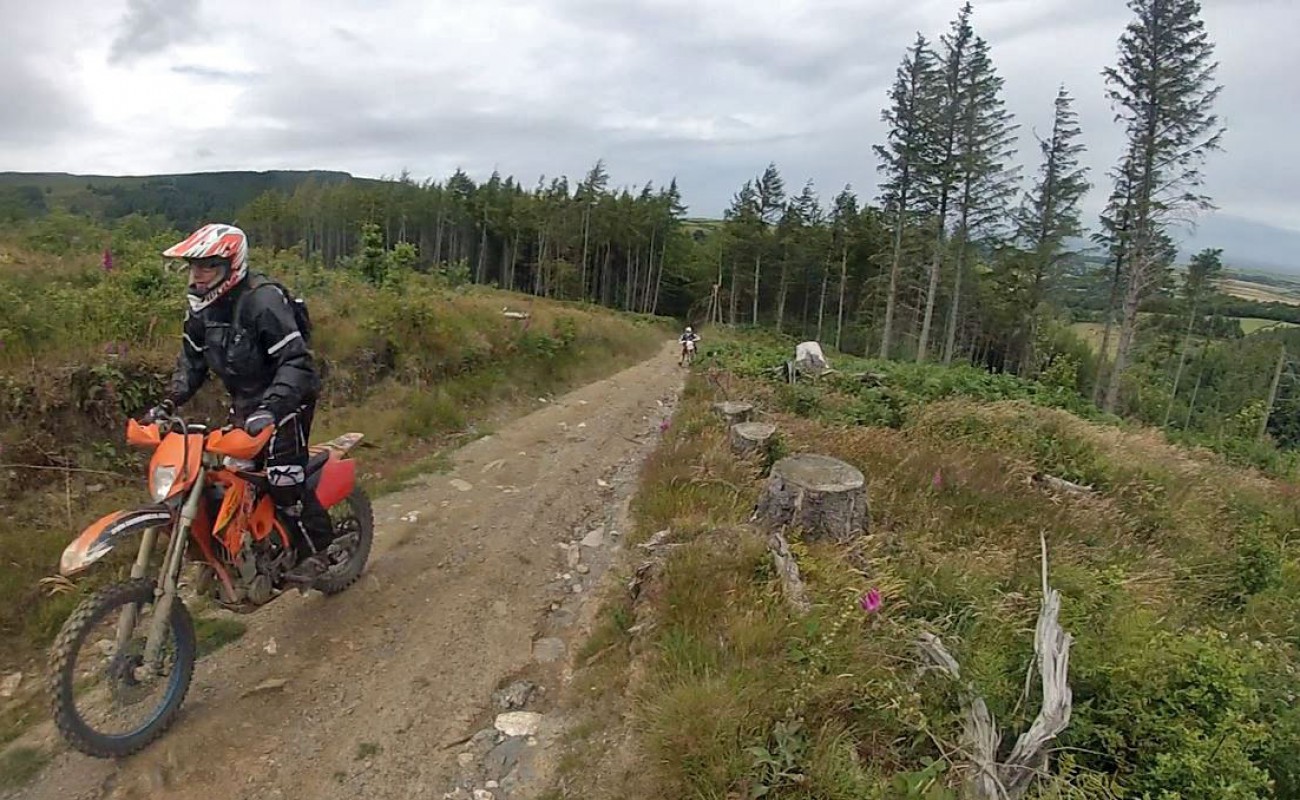 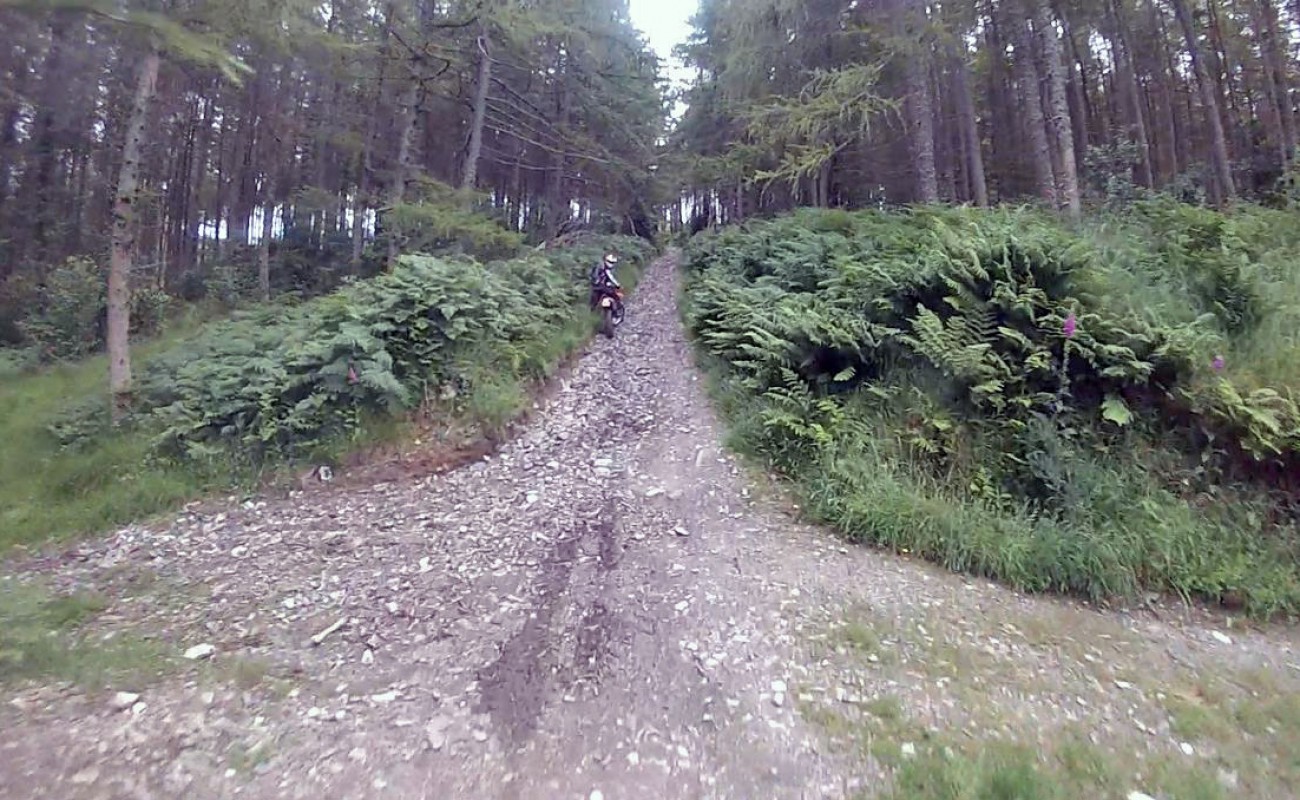 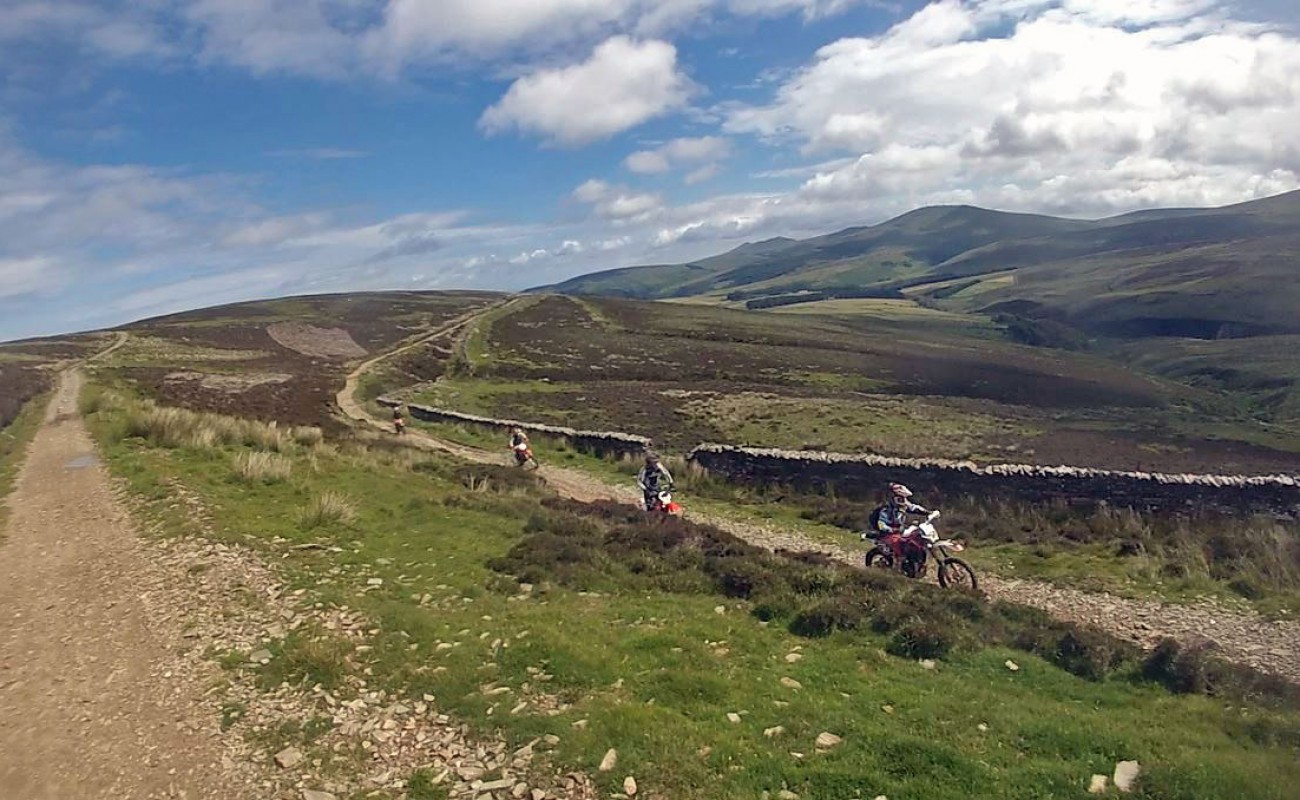 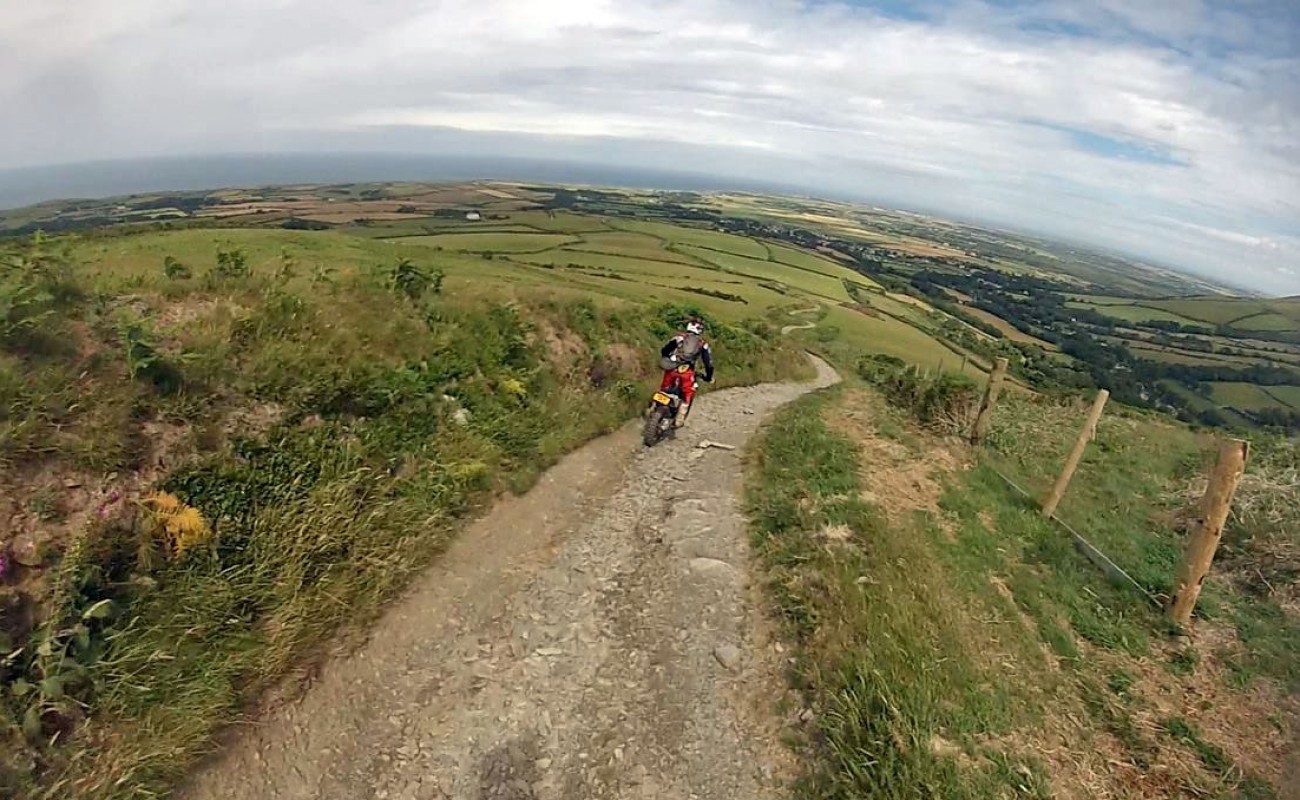 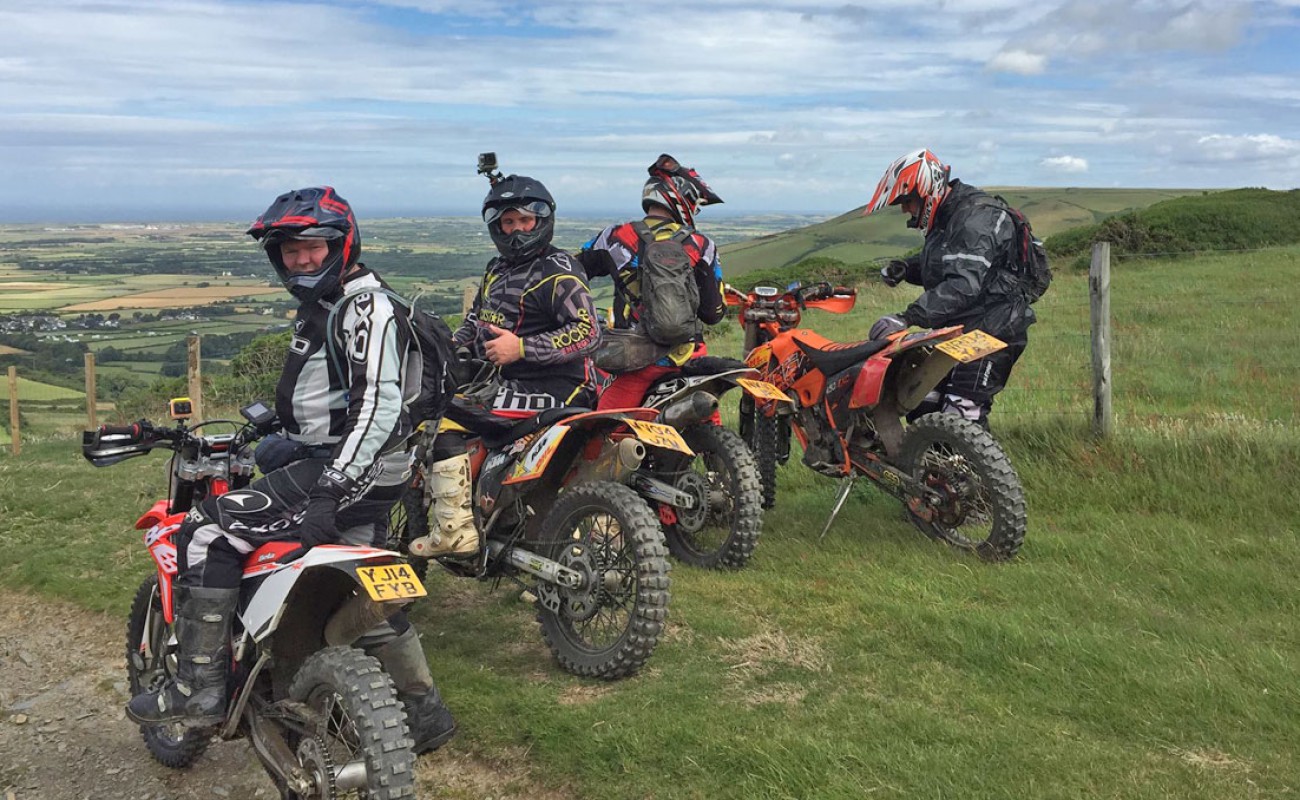 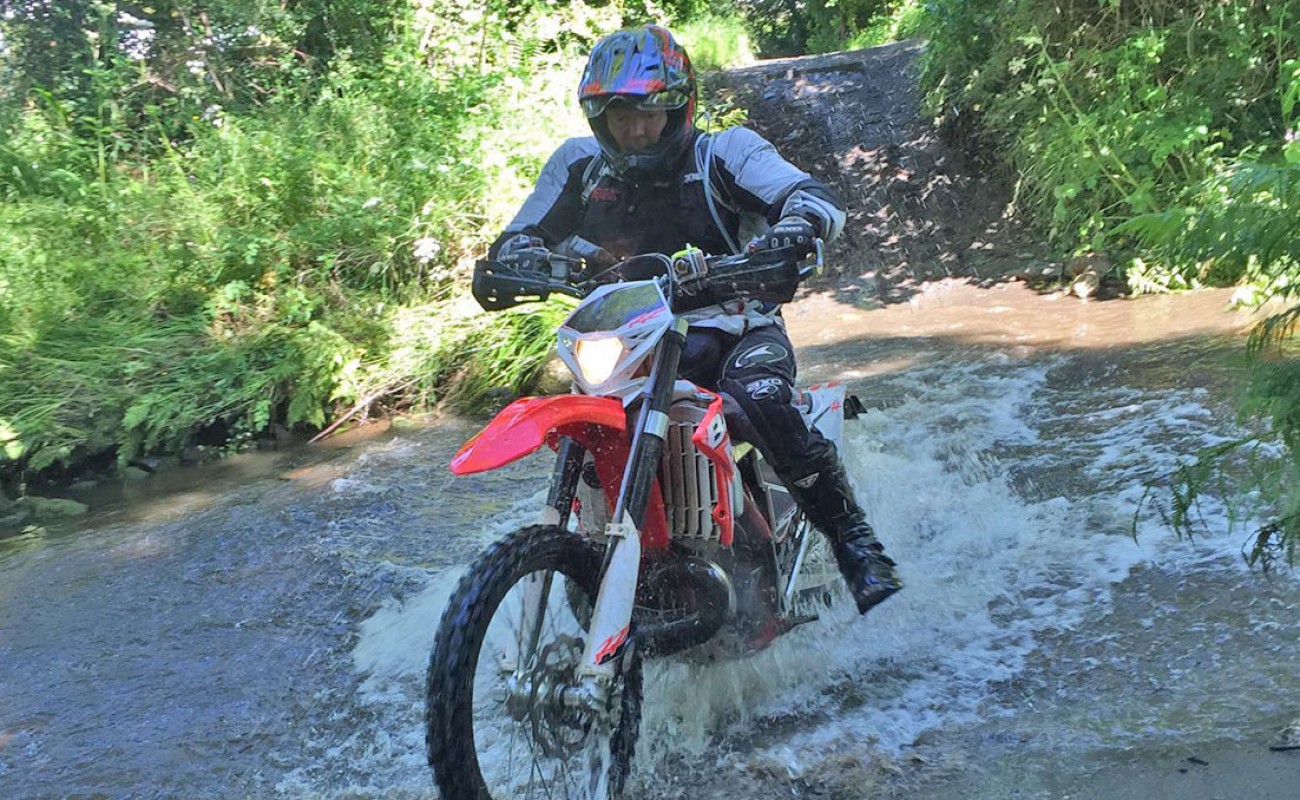 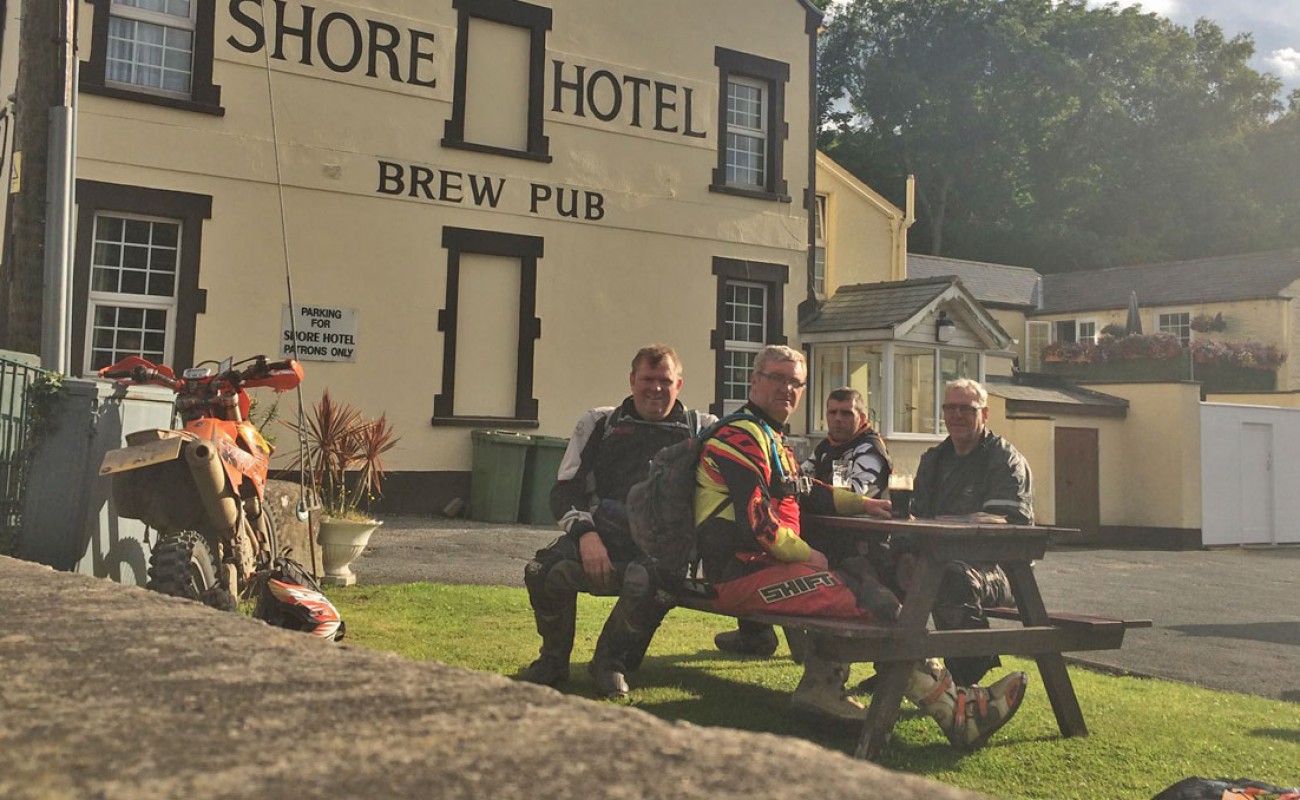 So, “The problem?" The majority of issues that we see are down to trespass – People riding where they shouldn’t. There was a perception created many years ago that you can ride anywhere on the IoM – This is NOT the case.

For most of the year we see very few problems but do see a spike in complaints during TT, Classic TT/ Manx Grand Prix Festival of Motorcycling and occasionally during Winter Closures. During this last TT a slightly larger number of cases than usual were reported and I would like the help of all visiting TRF members to reduce this down to zero.

Going off piste not only has an impact on the land itself but also on the natural habitat of rare species and of course people’s livelihoods and I would like to ask that all visiting motorcyclists stick to the 75 miles of legal highways we have and enjoy them responsibly. Please also be mindful of the Winter Closures Policy that 'rests' sensitive lanes over winter to give them a break and prevent unnecessary erosion.

There's a sense of 'self policing' here on the IoM, where in most situations we appeal to people's common sense and fairness. The more incidents of trespass and property damage, the more this “good-will” will be eroded until we get to a point where the authorities have no option but to crack down and we lose the support of local land owners - a situation that no one wants to see.

We need the support of local land owners and farmers to stage key events such as the Manxduro, the Manx 2 day Trial and the End2End MTB race along with certain Rally Events which use a mixture of private land and the greenways to connect stages or actually form a part of the course itself so we desperately need their support or the events simply would not happen.

So for people to think "hey it's not going to hurt just lifting this gate off and nipping across here", it does – and will have a negative impact on the entire motorsport events industry here on the IoM as it’s a small place - You WILL be seen.

We want people to come and enjoy all the Isle of Man has to offer but treat our greenway roads with respect and of course come back again!

So what you're saying is that there is a reason that the IoM is such a trail riding paradise, but that reason is delicate. You want people to come and enjoy themselves, but do it with respect and consideration?

That's exactly right. And if your members need someone to show them around just give me a shout! I can point you in the direction of good local guides, maps of the Greenway Network, advice on fuel stops or which lanes have been rested over Winter. I can even put you in touch with some of our more famous Enduro riding locals to give you a day out to remember if available…

The Isle of Man is a short ferry ride from Heysham, Lancashire or Liverpool. If you are interested in visiting feel free to drop Julian a line to see if he can help you get the most out of your stay.

If you are feeling generous why not offer to donate one hour of your holiday to help repair a lane and make sure that the IoM remains one of the top trail riding destinations in the British Isles? 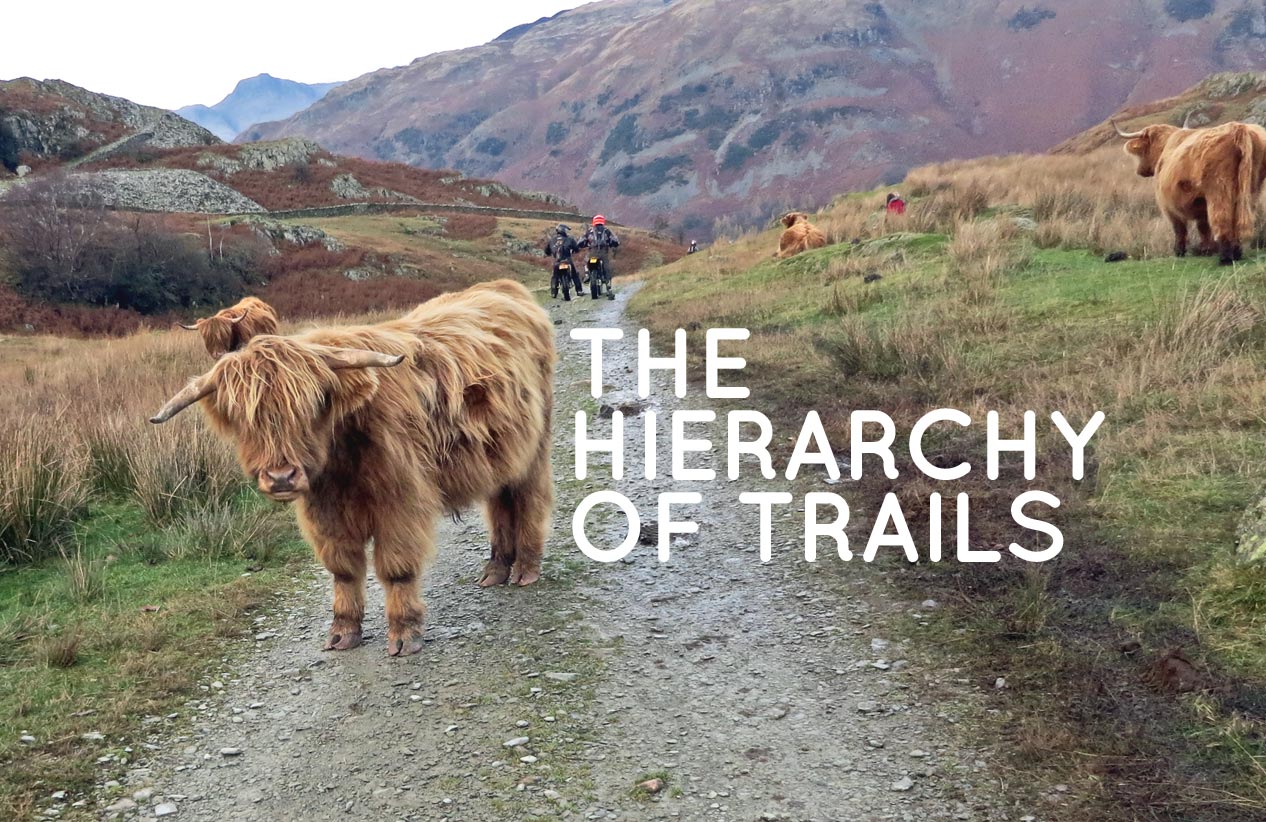