Every adventure rider knows about the Paris - Dakar Rally, the toughest dirt race there is. Secretly, most of us would like to give it a go, but family, money, time and quite frankly lack of talent tend to get in the way.

But what about a 9000km race from one side of Europe to the other? Over 14 days. Open to anyone. Billed as a big adventurous trail ride. Well that would certainly be within reach. TRF member Mark Kinnard signed up to the inaugural Athens to Gibraltar Race earlier this year. Here's what happened...

Hi Mark. I imagine you are just about recovered after what looks like an epic adventure. A rally from one side Europe to the other isn't something that you enter lightly. Where did you hear about Gibraltar Race and what made you decide to get involved?

Athens Gibraltar - The Gibraltar Race. This was its first year and I had my worries about how it would be! It started in Athens, Greece the most south eastern point of Europe & travels to Gibraltar the most south westerly point of Europe. Traveling through Greece, Macedonia, Albania, Montenegro, Bosnia, Croatia, Slovenia, Austria, Italy, France, Andorra, Spain, Portugal, Spain again & Gibraltar. 9000km over 14 days. I stumbled across the race being talked about on Facebook by some of my Italian friends from the GS Trophy. The thing that drew me towards it was the fact that it was to be navigated by GPS rather than road book. I hate road book! I’ve been looking for a new challenge, it’s been 6 years since I did the GS Trophy. Since then I’ve set up a trail riding business & done some racing and UK based rallies but this looked very different.

It looks as though the rally is quite 'Paris-Dakar' inspired. Would it be fair to say it's a similar format but held in Europe?

The Gibraltar Race is a similar format to the Paris-Dakar, I think set up very much true to the original format, 9000km in 14 days. As the race grew nearer I keep telling myself, it will be much easier than the Dakar, it’s in Europe!! The event is geared towards anyone who wants an adventure, you didn’t need to be super fit or the best enduro rider. You could be as competitive as you liked, each day you could if you wanted, follow the assistance route and ride straight to the next bivouac missing out the off road or doing the off road special stages at a pace you was comfortable with and take the penalty points for exceeding the time allowed. If you trail ride this event is for you. There were some pro-teams there, some very competitive riders on sponsored supplied bikes & racy privateers. The 1190 is put under the spotlight before racing And they are off... hope the sunbathers don't mind!

What bike did you use? Did you have any support with you? Any key bits of kit that you needed?

I used my KTM 1190 Adventure R. Before the event I had some new rims spoked onto my spare wheels using thin MX rims so that I could use desert moose’s & desert tyres on these wheels. On my original rims I used TKC 80’s (3 rears & 1 front + 1 front & road desert tyres). I also changed my paper air filters for oiled foam filters with oiled foam pre-filters in the snorkel’s. The bike had a good service before we left, new plugs x4, oil, chain & sprockets and front & rear pads. The great thing about these adventure bikes is they have a 6000m service interval. We took two 1190’s down in a Sprinter race camper, driven by our crew of two, Mark Bradford & Dave Sayer, who slept in the camper and looked after us & our bikes. We flew down to Athens a couple of days before the start & flew home from Gibraltar. Our crew was traveling for four weeks. Next time, I think I will use my KTM 690, it’s in desert trim. I think I could give the Yamaha 450 Rally’s a run for their money. I couldn’t keep with the two front runners on their 450’s on the 1190, off road. You could do this event on any bike, from a 4 stroke enduro bike to any adventure bike and have a great time. You just needed to maintain at least 120km on the roadwork, otherwise you had very long days.

And the race itself, what's it like spending 14 days racing through Europe? It must have been incredible.

Riding/racing 14 days through Europe was outstanding, I just cannot imagine doing something like this in the UK, you just would not be allowed! If you followed our on road course from Athens to Gibraltar you would have a very memorable trip. We have been up and down every mountain range on route on minor A roads/good B roads and then had the timed Special Stages thrown in. Upwards of 100km per day, again up & down the Alps & through the desert like terrain in Spain. The days just flew by. An average day would be 200km road, 50km off road, 200km road, 50km off road & 200km road to the finish. When you had completed 200km road you were ready and happy to be standing up off road & when that was done you were happy to get back on the road for a rest. Day 1, The Prologue, went well, we fitted the desert wheels to the 1190, had a great start to the event. Starting on the beach and then around a course set up on a disused camp site. I finished 1st in class & 3rd overall. We had torrential rain for 3 or 4 days, this made the off road going very heavy in northern Italy. The special stage followed a river in the bottom of the valley and through miles of tree plantations. I ended up overtaking the organisers 00 track opening rider (he said they should abandon the stage as it was too dangerous). I told him it was just mud & I was going to ride it. As I was at the front and did the special stage all the others riders did it too! I ended up being over my time by 21 mins but everyone else was really late (+90 mins) and the Ducati had to be rescued mid stage and finished the stage on the back of the pickup. This took me to 1st in class & 3rd overall again, as on day 1. The next day, starting on the front row, I threw it all away on one of the mountain special stages when I split my front TKC 80 & broke my pump. I rode with a flat for 4 or 5 km until I came across the organisers 00 track opening rider, stuck on a rock climb. He gestured that I should keep going & not to stop as it was very difficult to get going (the day before I was reprimanded for overtaking him), cautiously I went past him and parked at the top of the hill and went back on foot to push. He had been stuck for 90 mins! I returned to my stricken bike at the top of the hill only to be beckoned back down the hill again by the next rider, stuck on a 1200 GSA. I rode this up the hill and the rider Robbie was on his way again. All this was going on in my timed special stage! I blagged a pump from the 00 opening rider & a tube from the Romanian photographer and set about mending my puncture. In the end I put 3 tubeless bungs in the split side wall and continued to finish my special stage, losing over 90 mins in penalties. This put me right back down the running order to 9th Over the course of the remaining days I clawed my way back to 3rd in class & 5th overall, with the last days special stages being cancelled as we had no medical cover with us, I could not get past the Ducati rider for 2nd but finished just 34 mins behind. I finished 3rd in class & 5th overall, I was happy with my result, it was great just to complete the event. My Team mate David Emsley finished 11th in class & 14th overall. We both had big smiles as we crossed the airfield into Gibraltar. Mark makes it to the podium

Obviously the Gibraltar Race is a competition, do you think it has any parallels with riding Green Roads in the UK? Would other TRF members enjoy it?

As I mentioned earlier. If you trail ride you would ‘LOVE’ this event. Any age, any ability, this is for you. You can ride this event at the same pace that you trail ride and have the best holiday & adventure, meet some outstanding people and see some of the finest scenery & mountain passes on and off road anywhere in the world. Some people spend the same money on a holiday and lay on the beach or go on a cruise, if that’s not for you, try this!

Thanks Mark. See you at the start line next year!

I will be at the start line next year on my 690 or perhaps a 450RR, I'd like to have a crack at winning. We are also going to try and get at least 30 UK riders to the start line. We are going to offer an entry that includes shipping the bike to the start & back from the finish in Gibraltar, assistance via Torque Racing throughout the race, the entry fee, food package & accommodation. 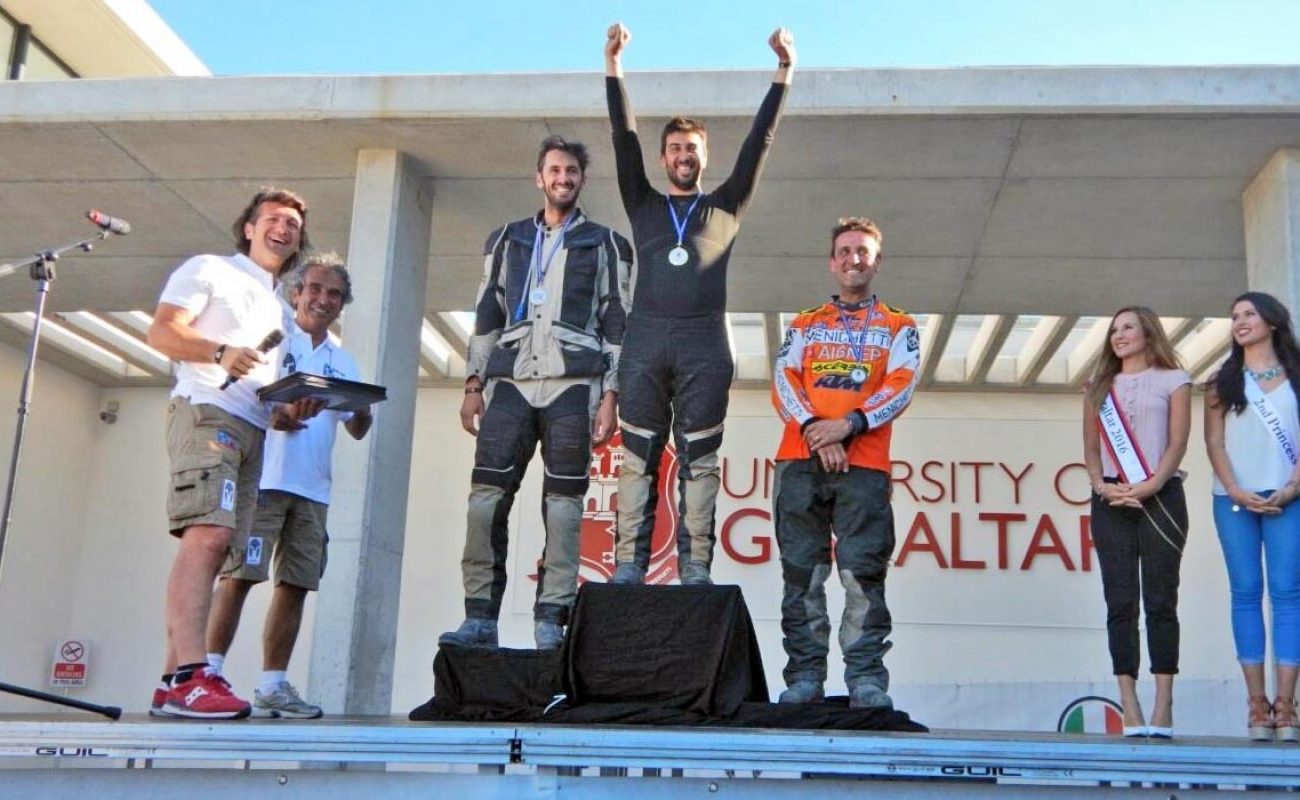 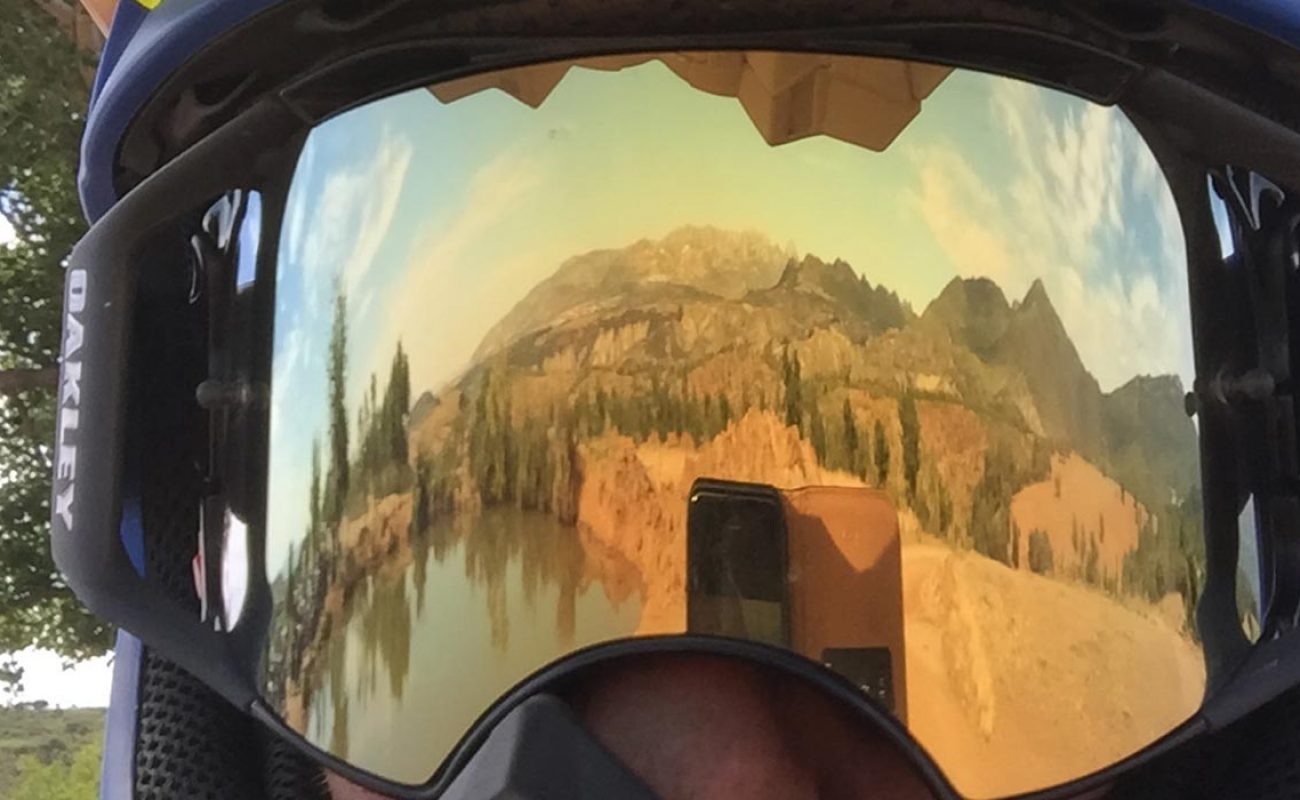 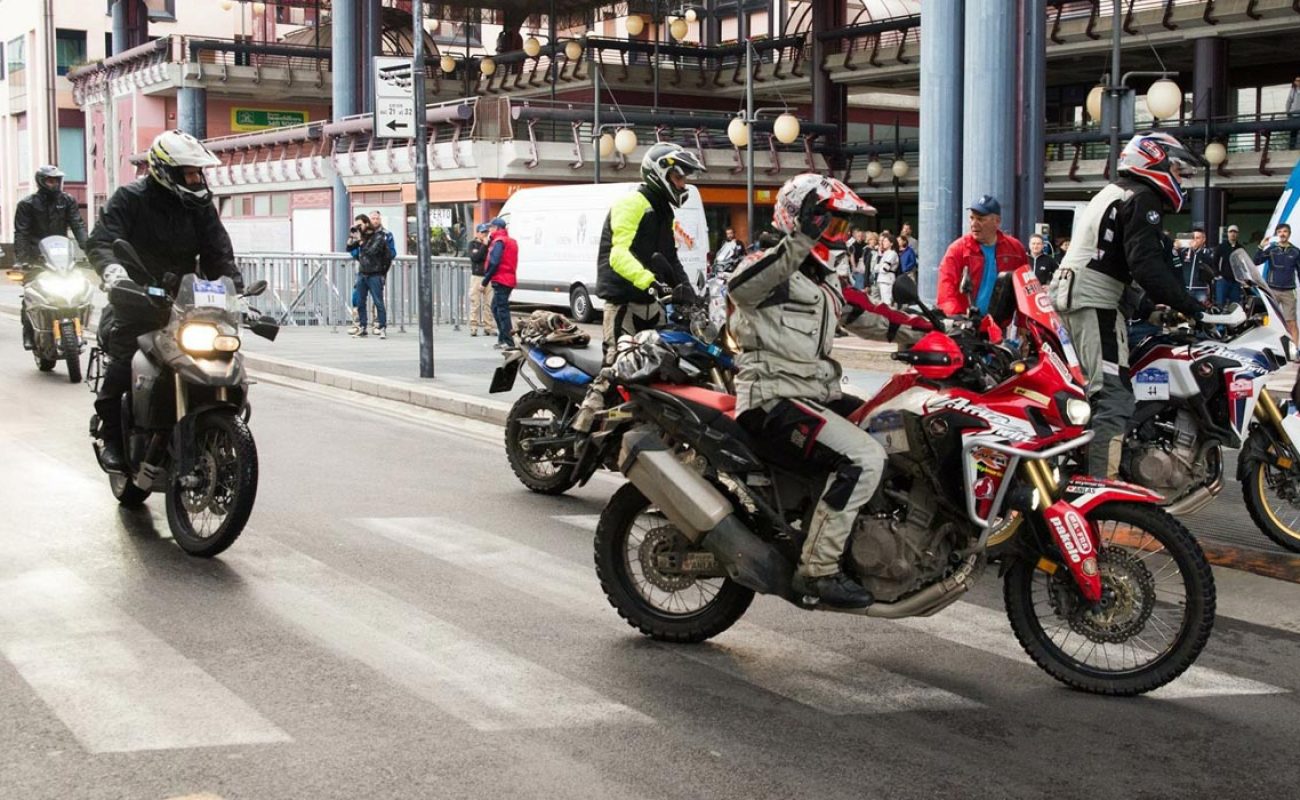 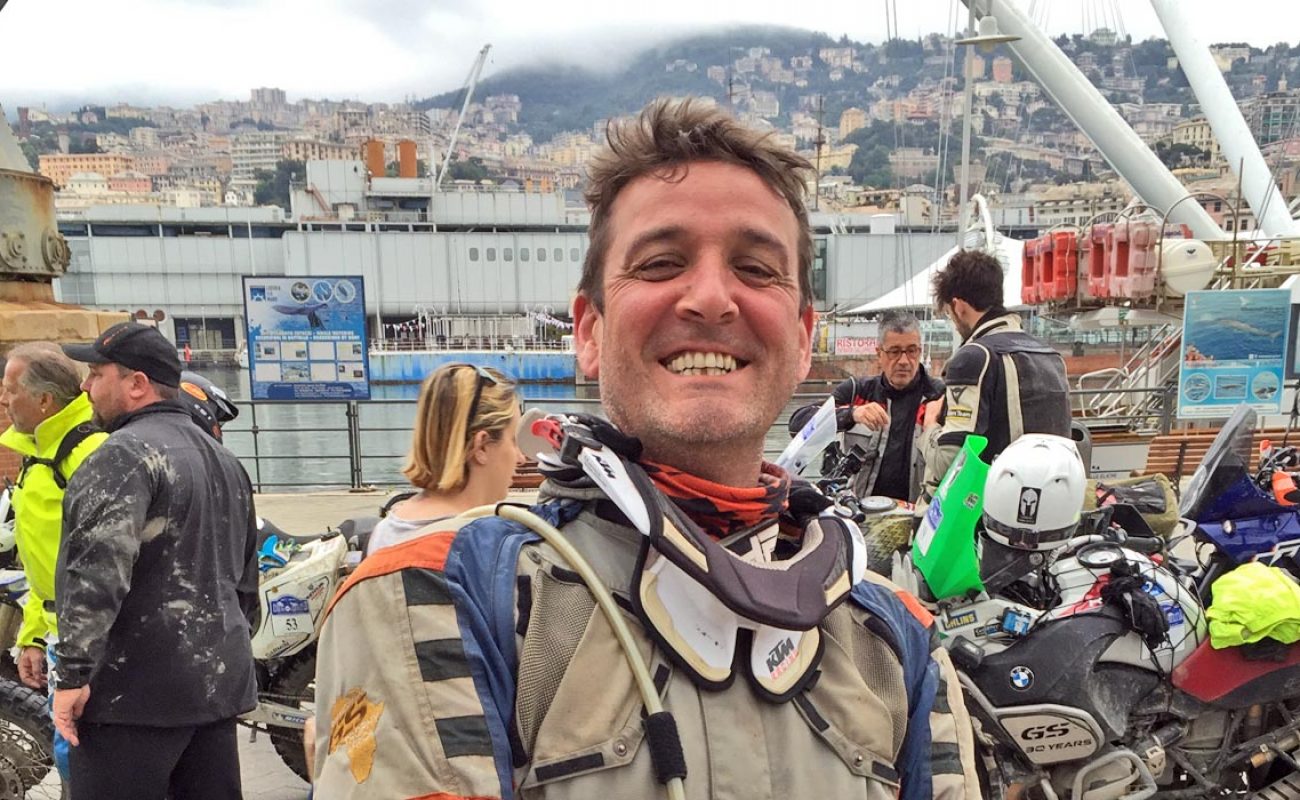 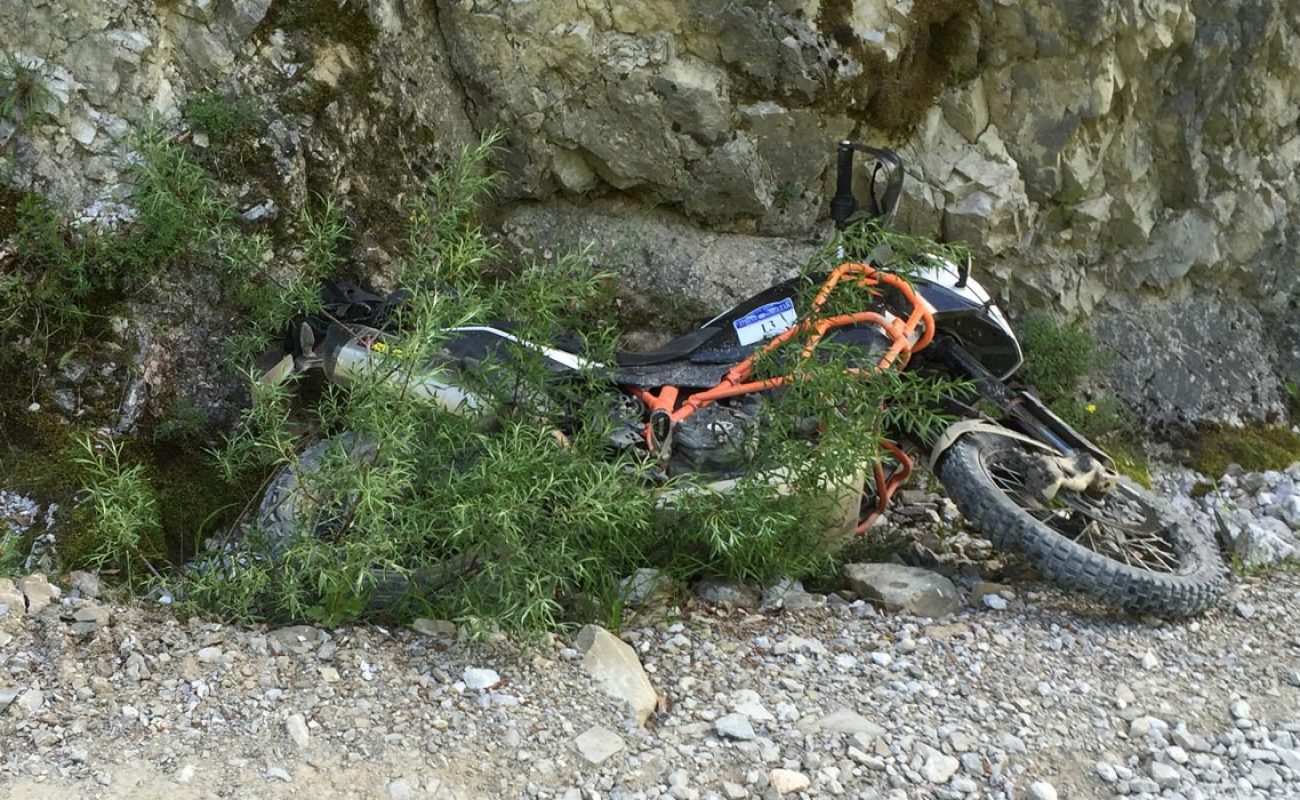 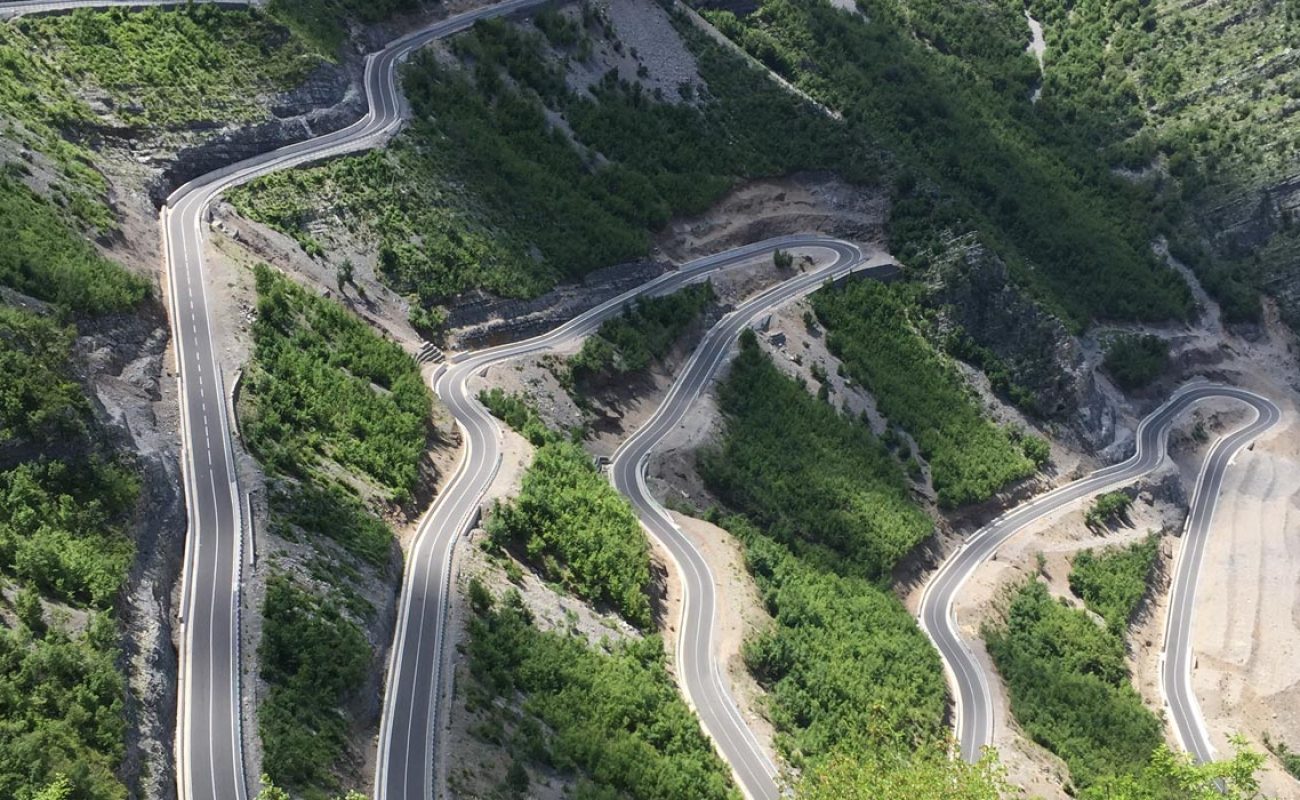 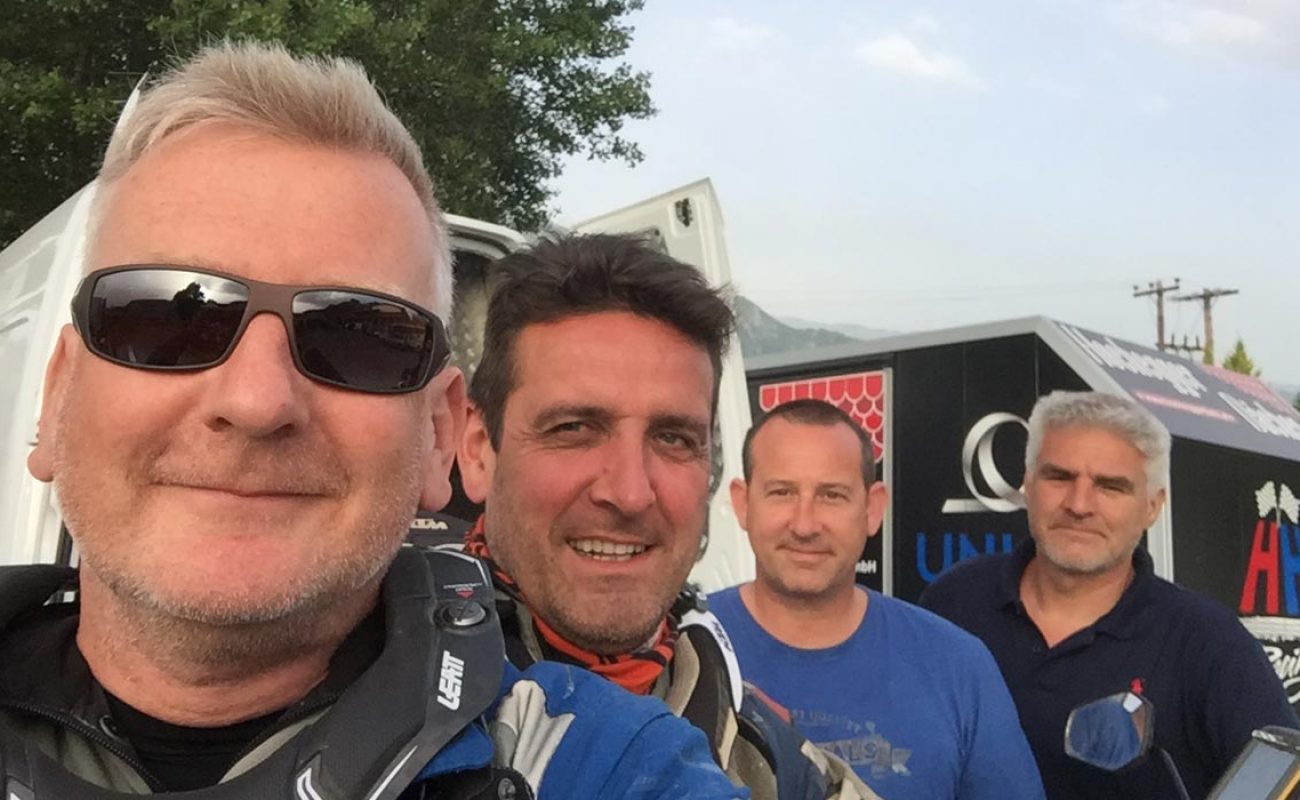 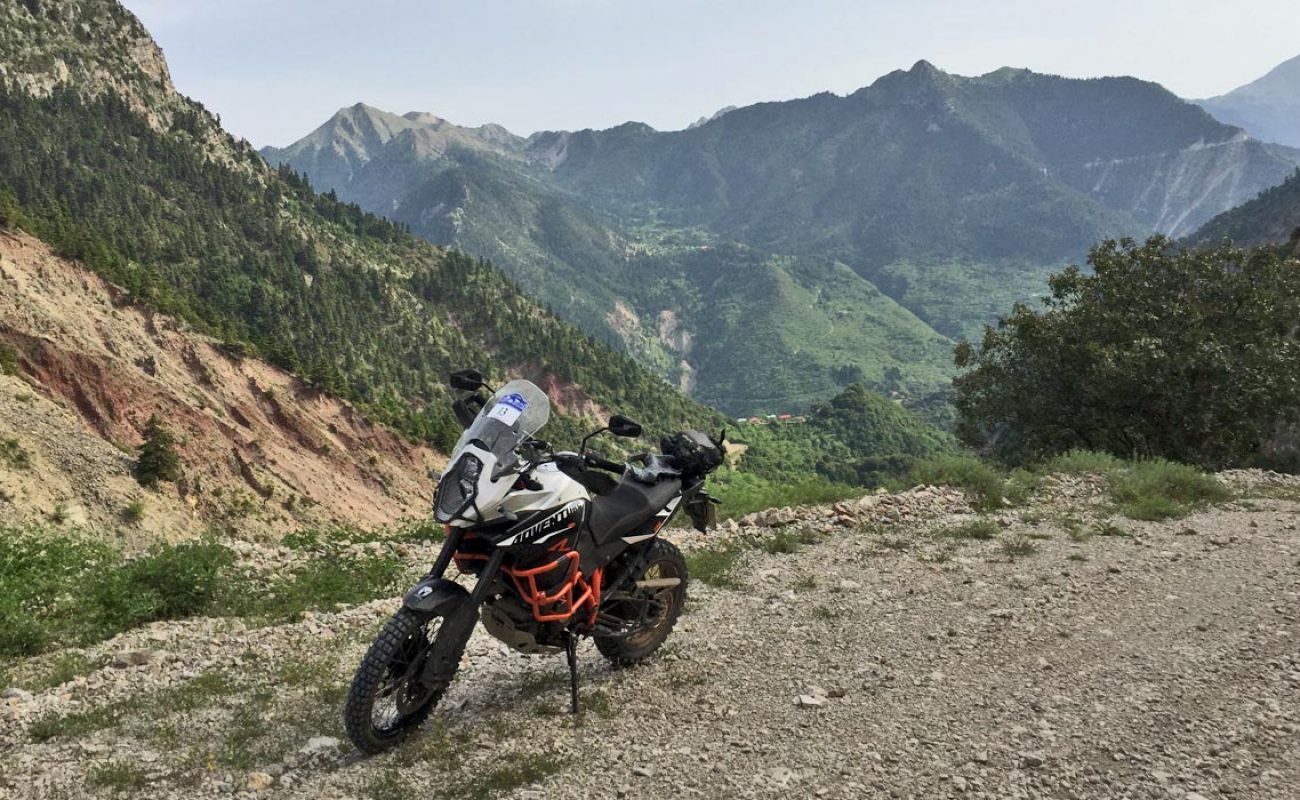 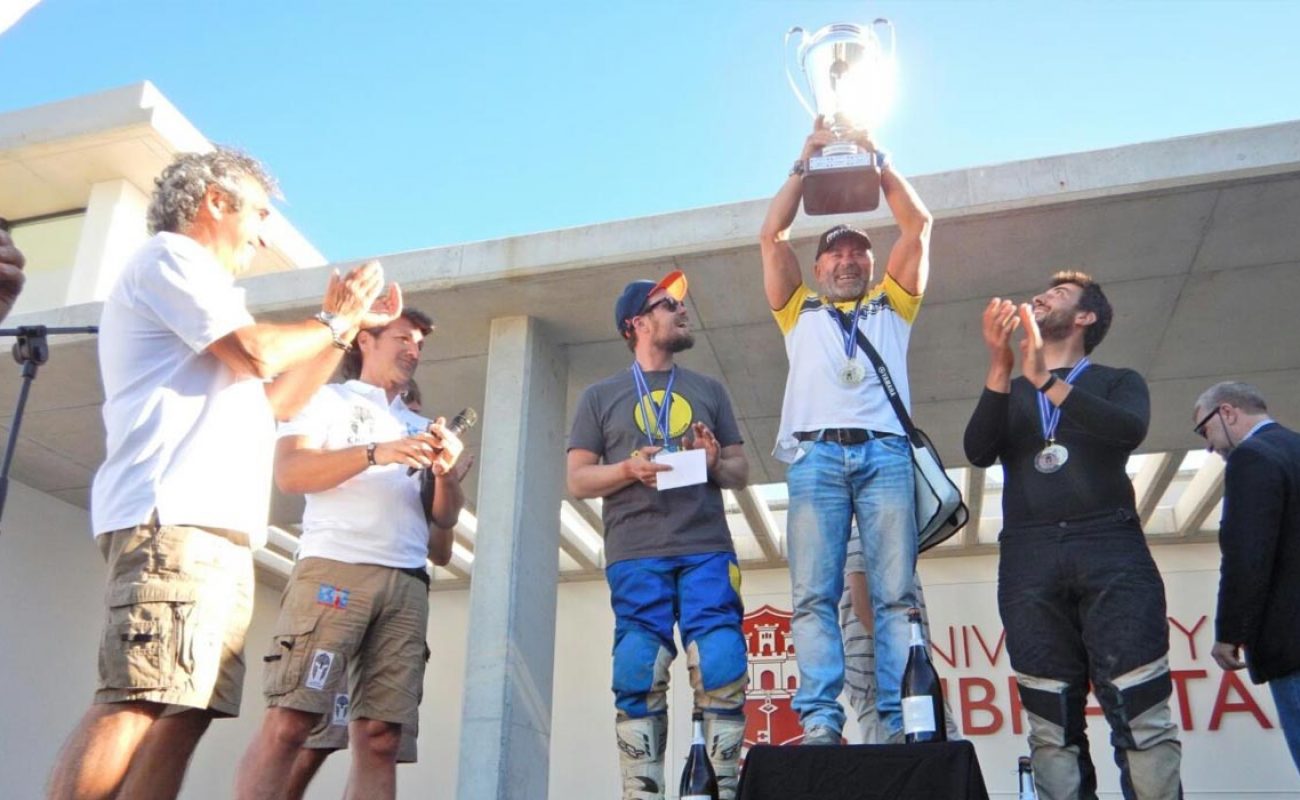 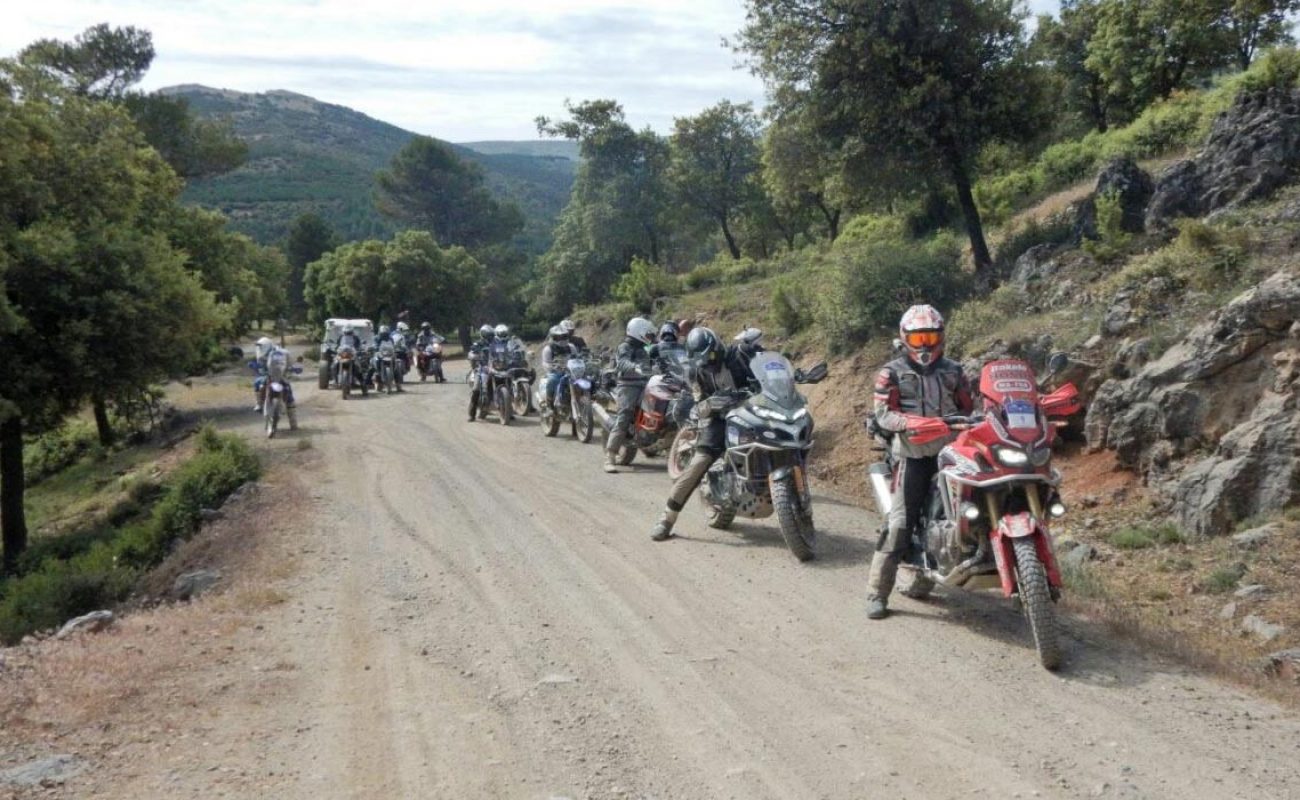 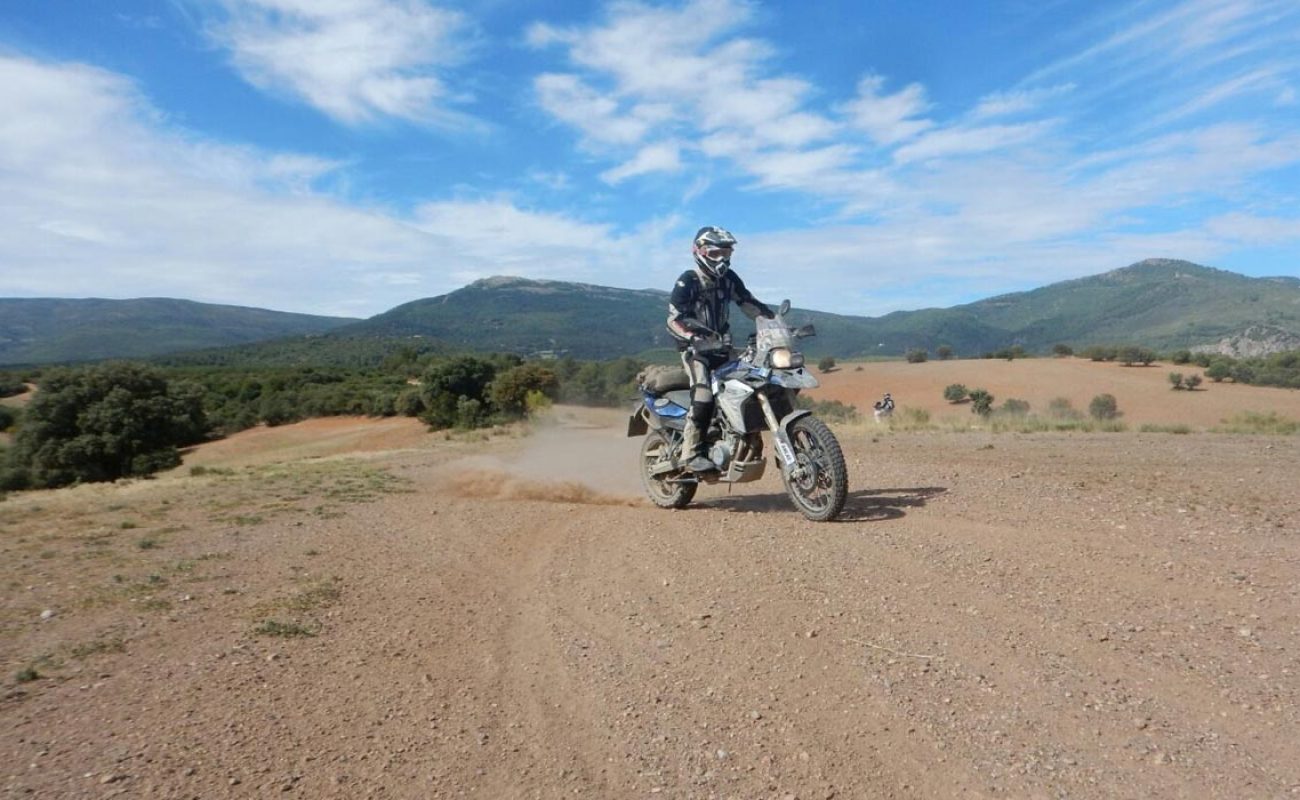 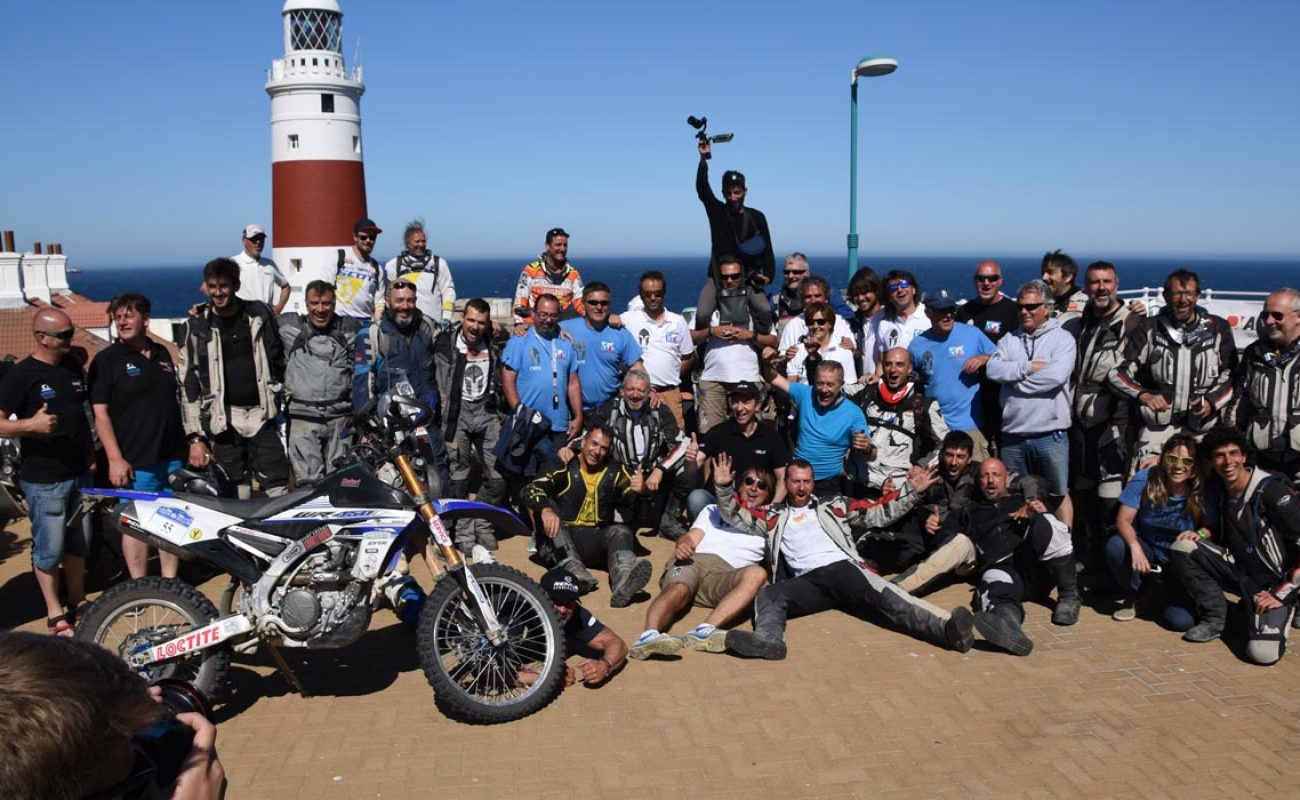 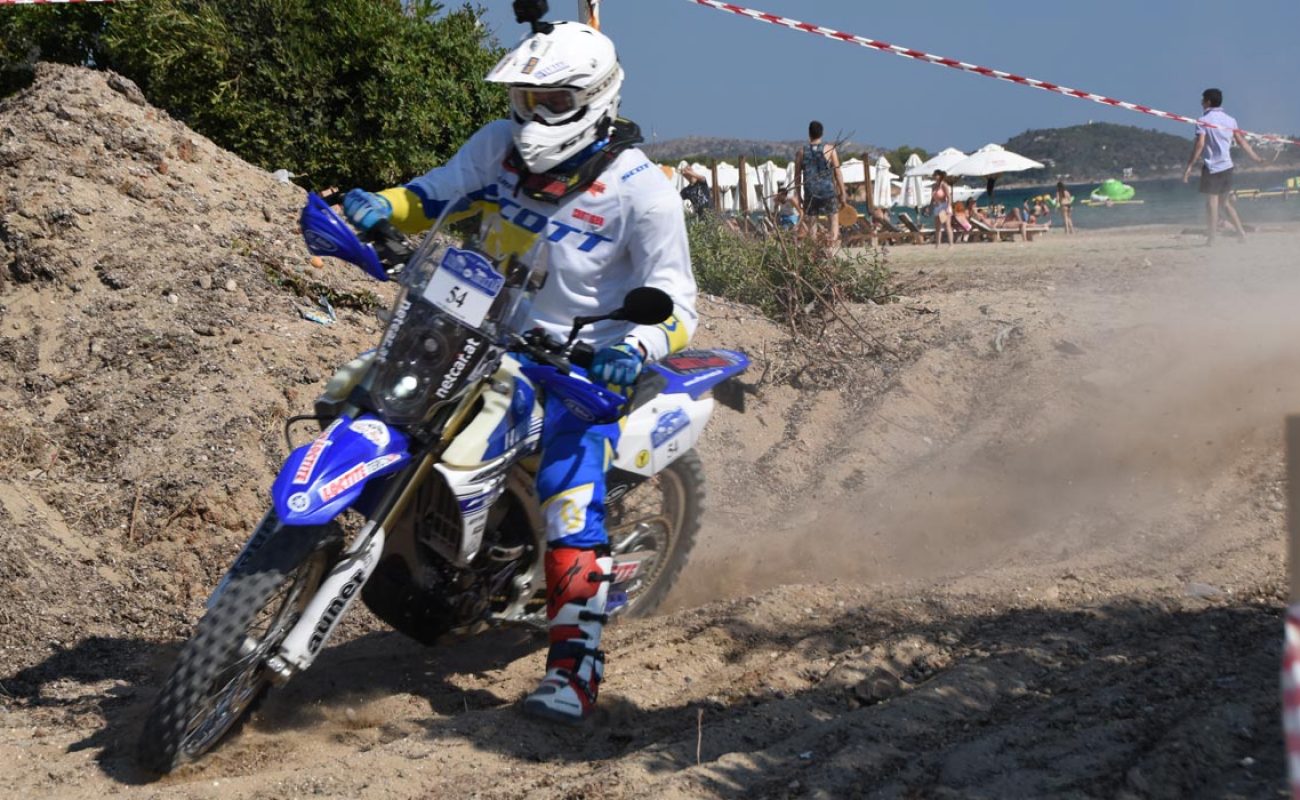 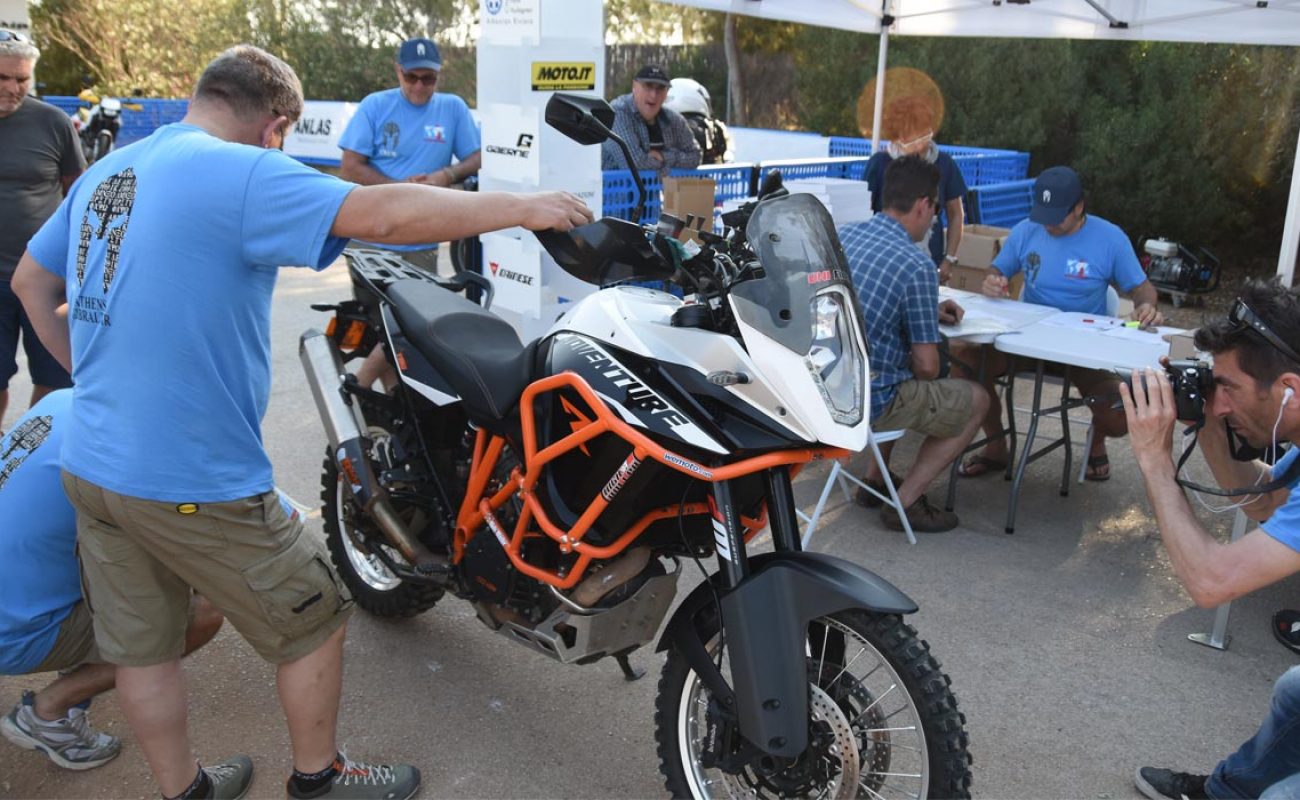 Fancy giving it a go? Get registered on the Gibraltar Race website

Looking for something closer to home? Sign up to the TRF Events Calendar and find out what's coming up this year. 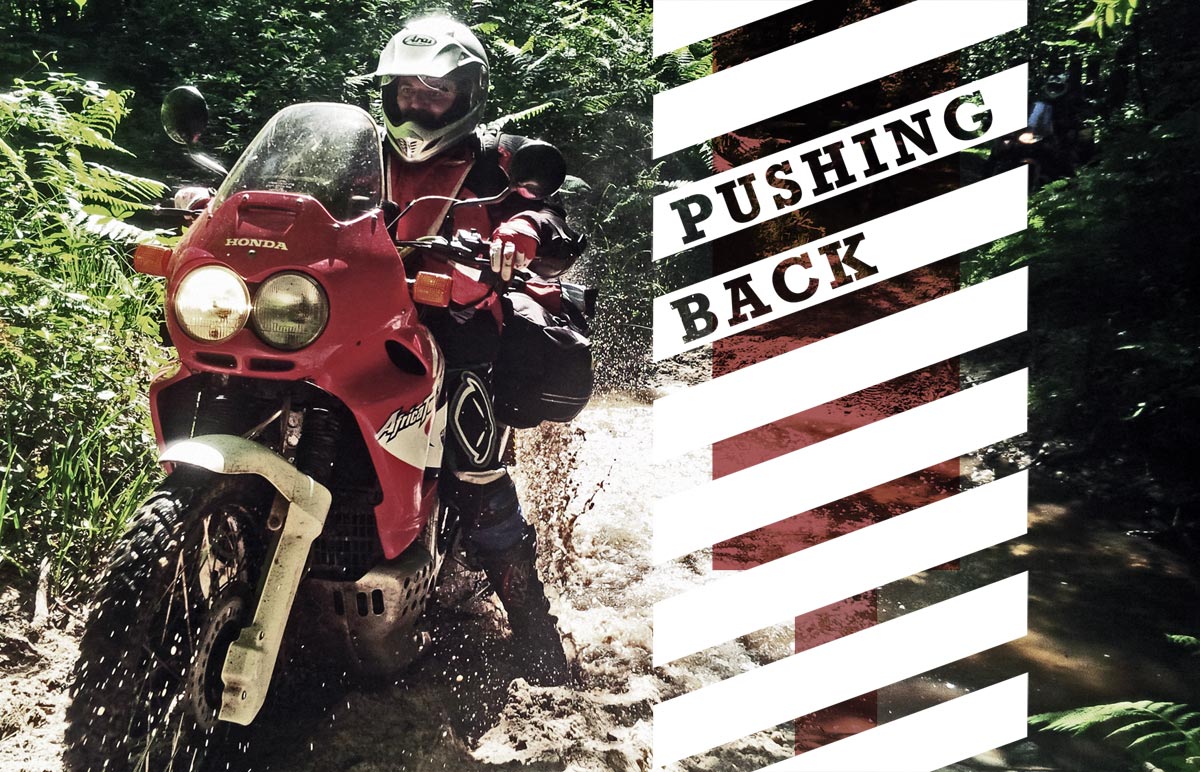