In praise of Manchester

How much money does trail riding pump into the economy? Phil Kinder is chairman of the Manchester TRF group. A devotee of all things Mancunian, he has built up his local club around the spirit and welcoming philosophy of fellowship. Here he describes how his first TRF club self destructed and why he felt it important to nurture a new one from the ashes.

What was your first experience of motorcycling? What is the story that took you from that point in your life through to present day, being the Chairman of Manchester TRF?

Discounting "field bikes as a kid" I got my first motorcycle when I was 19 years old,  I had already passed my car test but needed cheap transport for work.  Before long I started exploring local trails that I knew were old roads long before I knew about the pastime of green laning or indeed the TRF. First I had a Suzuki GP100, then a much more suitable Kawasaki KE100 neither of them cutting edge even back then. As I got a little older and got a car motorbikes were left behind for a while but I soon missed riding bikes and decided to take my bike test and invest in one again. I started green laning just on local trails as I had in my youth and became aware of the TRF through the motorcycling press. A couple of years later I was working with a guy that was a Lancs trf member, we got talking trail bikes and he encouraged me to join the TRF.

I initially joined the now defunct Cheshire group and invested in a six month old DR350 those were the two best decisions I ever made, the group soon folded (most members remained national members) but I still had the same trail riding buddies that it gave me.  The next few years were spent riding most weekends in the the Yorkshire dales, lakes and Wales pure trail riding heaven. Then from nowhere the NERC bill appeared, it was plain to me that it was time to resurrect our TRF group now that it was more the "right time" for prominent members to take office so to speak. We did however decide to go with Manchester rather than Cheshire as we were more centred around that area (and of course it's the best city in the world).

What is your vision for the Manchester group? You guys seem to be quite active on Facebook and the forum, do you have a policy towards inviting in new members? How do you build a strong, welcoming group that brings people in and importantly keeps them coming back?

When I first joined the TRF at the group I attended there was very little going on  for new members, you could turn up introduce yourself and then not get invited on a ride for weeks and only then if you were lucky, therefore that group stopped evolving and eventually "killed itself", as nobody within it was in a position to take the statutory positions needed and very little new blood had been brought through the ranks, end of group!

When we started the manchester group things had to be different, all members are asked to book their rides in with the club and make available to all on a first come first served basis.  This has been aided further by the forum as a medium and is the reason for our "active" status as a group. There is no click, a new guy has the same chances of getting on a club ride as I do or any other established member, you can't get much more welcoming than that.  This also reaps it's own rewards as some of those new members are talented and dedicated people that put in far more than they take out, and all our members are great lads and lasses that make our group what it is.

What are the priorities for your local group in this coming year? What are the ROW issues in Manchester? Do you have any dialogue with your local authorities and land owners?

Our priorities are to be out there riding our bikes that's what people join our group to do so it's important we don't lose sight of that and keep putting the rides on for our own, potential new and other groups members, we also need to keep looking after new blood and "bringing them on" they are the future wether they are young or old, prime example being Hugh Cleary and Dan Malton both only been TRF members for a couple of years, both already done more work for the TRF than most members do in a lifetime!

What a waste if they had not been looked after and become disillusioned with the TRF! Dan looks after the national TRF facebook account, as for rights of way Hugh is very involved with the Peak District (our back yard) fight, as indeed Pete Burke was before him both these men deserve a medal for their efforts on our behalves. Where do you think that the TRF nationally should going in this new year?

Personally I think the TRF needs to carry on the good work, appreciate and commend the good guys, keep everyone pulling together as well as listening to its members and make sure our image to the public is a good one, this begins in the mirror not with anyone else, every member needs to join in and pull together we are a fellowship after all.

Finally, on a personal level, what is it about trail riding that you find so enjoyable? Do you feel that your enjoyment of the countryside, travel and exploration is common to other countryside users?

I like the countryside in many ways, I walk and cycle regularly to relax, socialise and keep fit as others do to varying degrees, trail tiding lets you go a little further afield and enjoy it in different ways, your never going to please everyone but it's important not to upset anyone needlessly, sometimes you have to put yourself on the other side of the fence and say to yourself "would I appreciate that" ? If the answers no then don't do it yourself ! To find out when your local group meets click here. 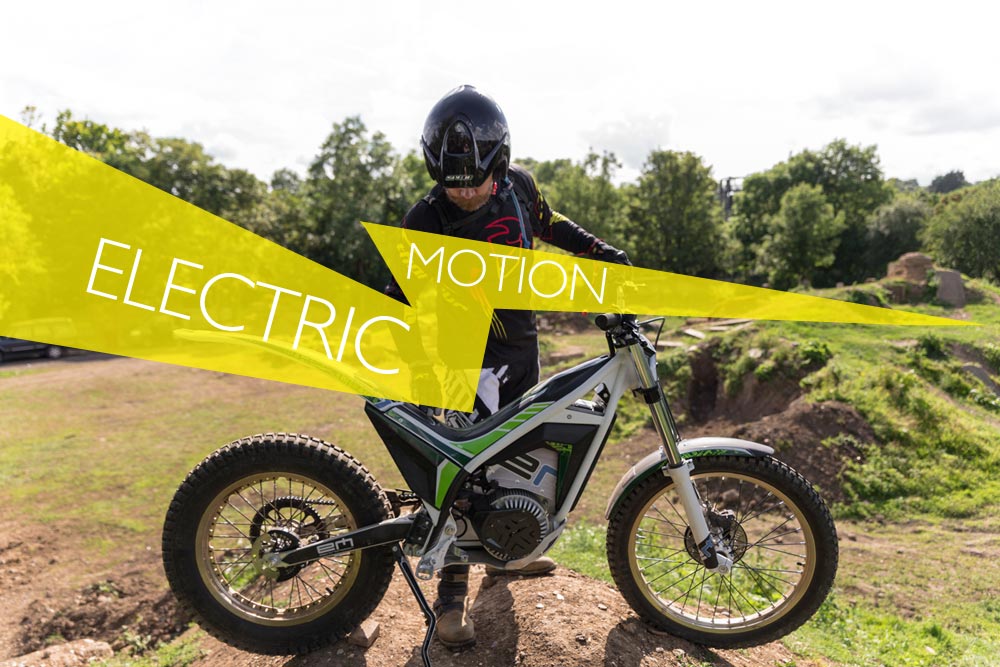